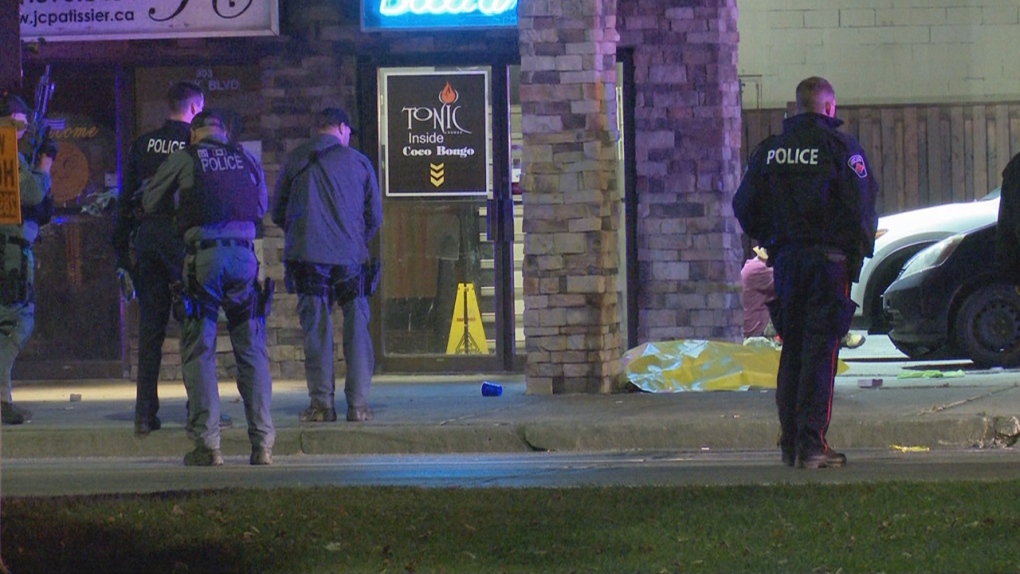 Police are seen outside a bar on York Blvd. in Hamilton on Oct. 19 where a male was shot to death. (Dave Ritchie)

Hamilton police have identified the 29-year-old man who was shot and killed outside a central Hamilton bar Saturday morning.

Emergency crews were called to Boulevard Billiards bar at 303 York Boulevard, west of Queen Street North, just after 1:30 a.m. for reports of a male who was shot.

When officers arrived, they found the victim suffering from a gunshot wound.

The male victim has been identified as Obsa Junedi-Mohamed, of Hamilton. He is Hamilton's 10th murder victim.

Witnesses told police that the victim was engaged in an argument with two male suspects before he was shot.

On Saturday evening, police released images of two people who were present at the billiard hall during the incident.

Investigators said they are interested in interviewing these people, to determine if they have information to further the investigation.

Police are also looking for a vehicle of interest, a white, four-door sedan, that was seen leaving the area.

The first suspect is described as a black male with no facial hair wearing a dark toque, a dark hoodie and a dark puffy jacket.

The second suspect is described as a black male wearing a dark hoodie, dark pants and a dark jacket.

“The motive for the murder is unknown and the weapon has not been recovered,” police said.