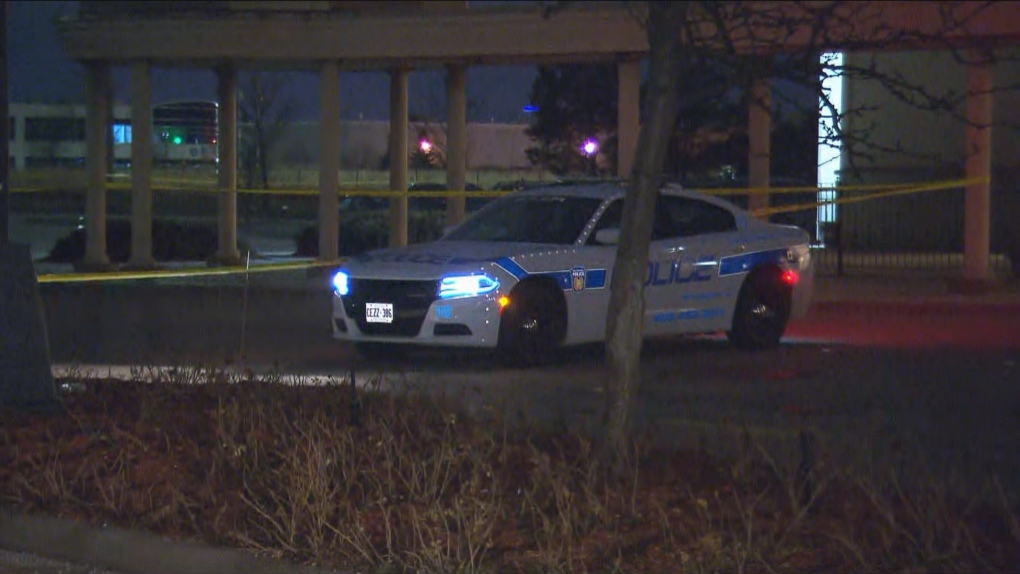 TORONTO -- One person was rushed to a trauma centre after a reported stabbing near a banquet hall in Brampton early Saturday morning.

Police say officers responded to a disturbance near the Pearson Convention Centre, located in the area of Steeles Avenue and Airport Road, at around 2 a.m.

One person was reportedly stabbed in the area and sustained serious injuries. Police could not say whether the altercation took place inside or outside the banquet hall.

According to police, the victim was taken to a trauma centre for treatment and is now believed to be in stable condition.

Police tape cordoned off a large portion of the parking lot of the banquet hall on Saturday morning and multiple police cruisers were on scene.

Investigators have not released any information about possible suspects.

Anyone with information about the incident can call Peel Regional Police or Crime Stoppers anonymously.