TORONTO -- A Toronto mother is petitioning the city to improve safety for pedestrians and cyclists in High Park and along the Martin Goodman Trail.

Every day, Coline Berbesson pushes her son’s stroller in High Park and said she sees problems with some cyclists going on the sidewalk, missing stop signs, biking outside lanes, and speeding over the 20 kilometre limit.

“I saw an accident with a little girl a week ago. She was training and hit the cyclist because he was going way too fast and he couldn’t brake to avoid her,” Berbesson told CTV News Toronto on Tuesday.

“She got scared and I was really scared as well,” she added. “Her head hit the pavement but luckily she was wearing a helmet.” 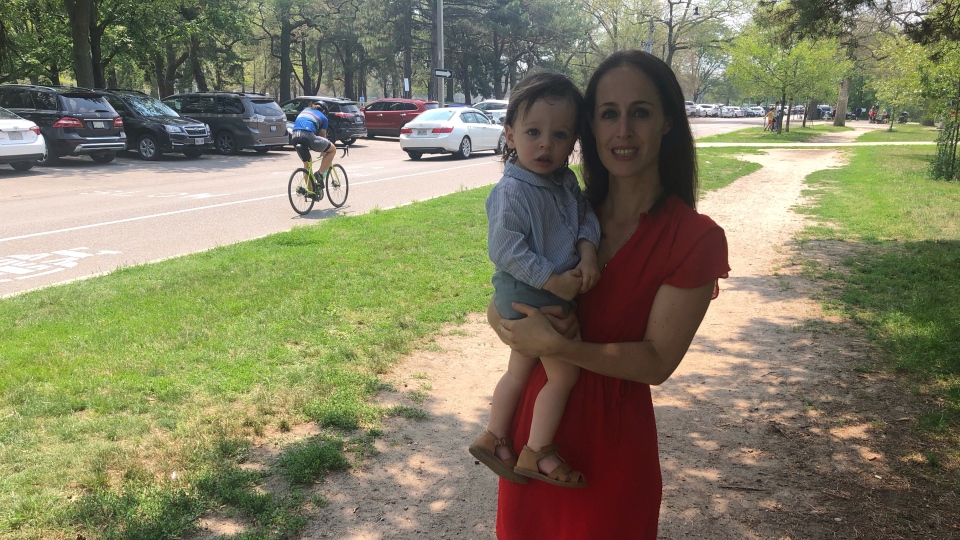 Her petition calls for more car-free hours in the area, separate lanes for faster and slower cyclists and wider bike lanes.

“We have to improve the cohabitation between pedestrians and cyclists because today the cyclists don’t have the infrastructure to practice,” she said.

The City of Toronto told CTV News Toronto that it has received several complaints about cyclists in the area, mostly regarding their speed. The city said it’s working with Cycling Toronto to help with public education and a visual presence.

Parkdale-High Park City Councillor Gord Perks said when it comes to the Martin Goodman Trail, parts have already been reconfigured, some have safety barriers and it’s the network that needs a re-think.

For High Park, a city survey is underway to improve travel, prioritize safety and accessibility, but a solution is not expected until 2023.

“Maybe taking automobiles off more often, organizing the relationship between pedestrians and cyclists. It’s part of a whole lot of work we are going to have to do for an entirely different city,” said Perks. “Our population is growing but our road space is not.”

Some advocates said while making more space for pedestrians and cyclists long-term without vehicles is a good start, there are things that could be done right now to make trails safer for everyone.

Berbesson said education, people simply following the rules, along with more and better signage, would make a big difference.

Philip Chan has been cycling along the Martin Goodman Trail for 30 years and believes it’s safe. He said he makes sure to slow down and give children a wide berth.

“There’s close encounters, there’s people walking, and during the pandemic, it’s a little bit worse,” said Chan. “But you have to respect, it’s a multi-use trail, you have to be careful around the young ones, but I don’t see a problem with it.” 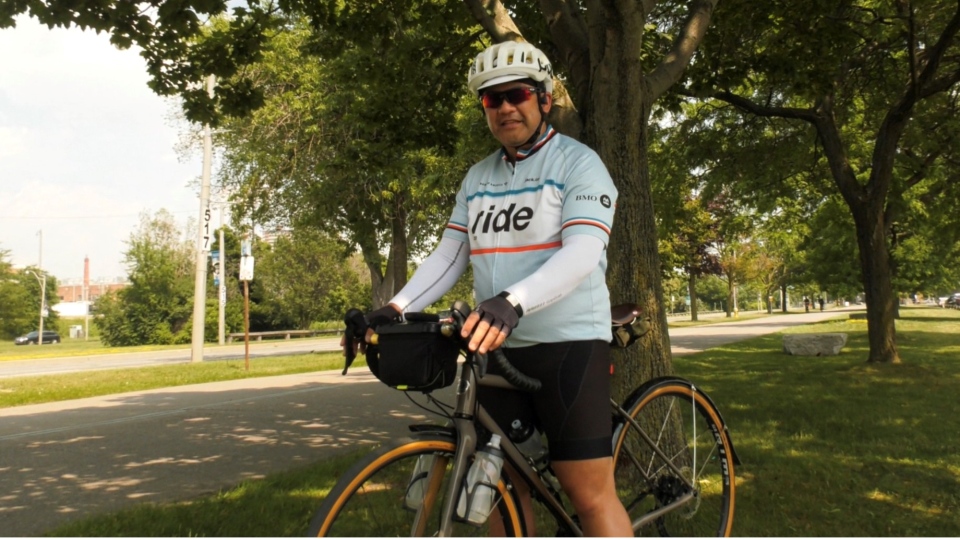 There is a hope encounters and close-calls can be prevented with the return of ActiveTO along the Lake Shore West on several weekends this summer.

“Cyclists are reminded to always travel at safe speeds, especially when using ActiveTO locations and other cycling infrastructure where the space is shared by pedestrians, other cyclists and other vulnerable road users,” a city spokesperson said.

Across Toronto, the city said the bike network is rapidly growing and is becoming more connected than ever.

“In 2020, for example, the City of Toronto installed 40 km of on-street bike lanes – through both ActiveTO and planned permanent bike lane projects – which was the most for a single year in Toronto’s history.”

More kilometres of new and upgraded permanent bike routes have already been installed this year with more to come. This complements the hundreds of kilometres of safe cycling infrastructure already available in Toronto. 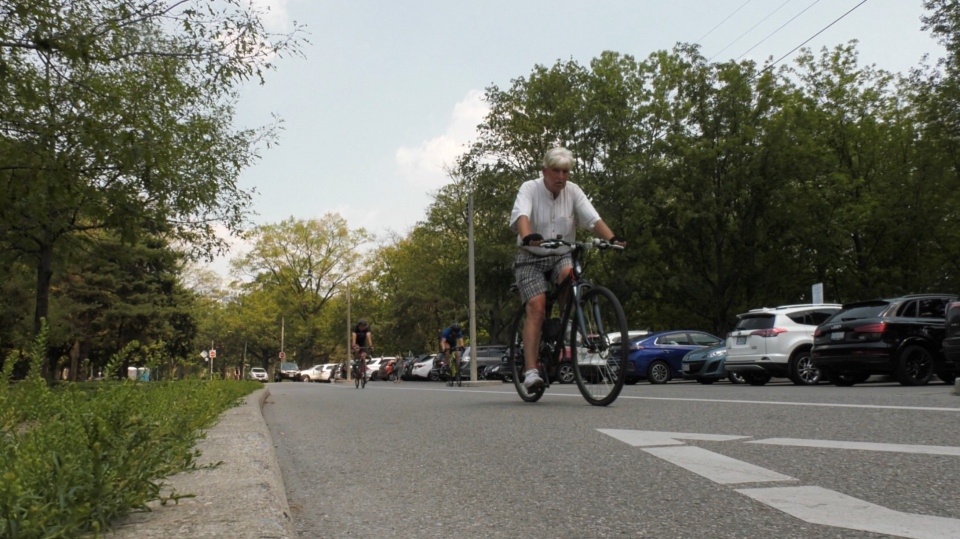