An Ontario mother is calling on the government to institute a policy in which daycare staff contact parents of absent children in hopes of preventing hot car deaths.

The idea came about last month after a 23-month-old boy died after being accidentally left in a hot car outside of his mother’s workplace in Bancroft, Ont. His death left not just the community reeling, but parents across the province were struck by the loss.

Alicia Wilson, a mother of three in Whitby, Ont. was one of those parents.

“I don't know the family but it really sat with me,” Alicia Wilson told CTV News Toronto. “I just kept thinking, ‘what could we do to prevent this.’ This death is just—it's so sad and so tragic.”

The result was a petition urging the government to establish a “Safe Arrivals” policy for daycares in Ontario. The idea is that parents will be notified if their child doesn’t show up as planned.

This policy itself isn’t new. In 1999, the Ontario government at the time issued a memorandum making it mandatory that schools have a safe-arrival program in place that will “account for any pupil’s unexplained failure to arrive at school.”

For the Toronto District School Board, it means that parents must contact their child’s school if they are going to be absent. If they don’t, they will receive an automatic phone call informing them their child has not arrived. If the parent or guardian does not answer after three attempts, the school will call them again in the evening.

Wilson argues it should be relatively simple for daycares to enact a similar policy.

That petition now has more than 2,000 signatures. Wilson says the response has been “overwhelmingly positive.”

She stressed the policy isn’t meant to place blame for hot car deaths on daycares or other child-care facilities, but rather provide an “added layer of protection for the children of Ontario.”

“My hope is that if this policy can be put in place the daycares and the childcare, if a parent forgets the kid in the car, then getting this phone call will trigger that memory and force them to remember, and it could save the child's life.”

Experts have said that forgetting a child in the back seat is a tragic accident that can happen to anyone. A 2019 study conducted by researchers from the University of Toronto and the Hospital for Sick Children found that in the U.S., an average of 37 children die each year after being left in a hot car.

A little over half of those cases are due to a caregiver unintentionally leaving a child behind because of stress, fatigue, or routine changes.

In the case of Everett Smith in Bancroft, his family said that something stressful had occurred earlier in the day and dropping the child off at daycare wasn’t part of his mother’s daily routine. 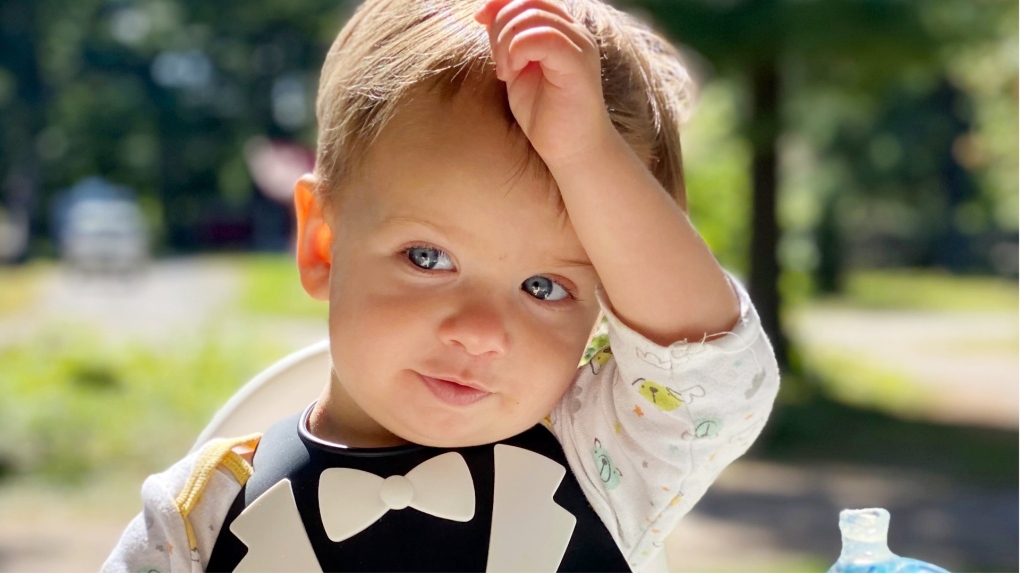 Everett Smith, who would have turned two next month, is seen in this photo provided by Bancroft Mayor Paul Jenkins.

The child was left in the car while his mother, who teaches at a school, went to work. He was found unresponsive at the end of the day.

An investigation into the incident is ongoing.

Wilson, who has a child about Everett’s age, says that she can’t imagine what the parents are experiencing.

“I get to wake up every morning with my son and I get to see him grow, but this mother in Bancroft who wakes up at the same time as me, has the same weather as me, she doesn't get that anymore,” she said.

A spokesperson for the Minister of Education said that licensed daycares may choose to implement a safe arrival policy as long as it does not interfere with any other requirements in the Child Care and Early Years Act.

They also said the ministry “continually assesses health and safety requirements for child care in Ontario to ensure the province maintains its high standards of health, safety and quality for licenced child-care.” This includes listening to feedback from parents, child care programs, experts, and members of the public.

The spokesperson did not specifically address whether or not they would consider mandating a safe arrival policy for licenced child-care operators.

Russia to annex more of Ukraine on Friday

Russia planned to annex more of Ukraine on Friday in an escalation of the seven-month war that seemed sure to further isolate the Kremlin, draw it more international punishment and bring extra military, political and economic support to Ukraine.