Pedestrian struck and killed in Brampton

A pedestrian has died in hospital after being struck by a vehicle in Brampton.

Emergency crews were called to the area of Steeles Avenue and Hurontario Street just after 9:30 p.m. for reports of a collision

Police said the pedestrian was rushed to a trauma centre, where he was pronounced dead. 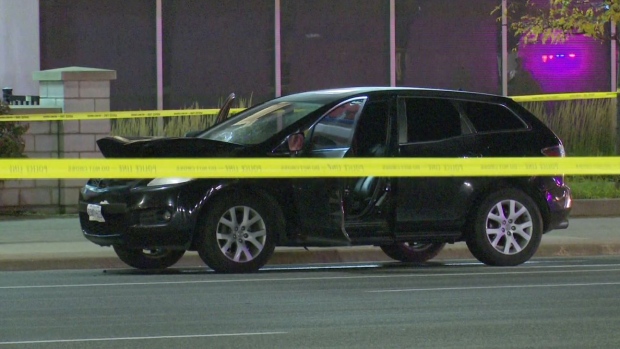 The driver of the vehicle remained at the scene, police said.