Over 1,000 charges laid by Toronto police in past 3 weeks due to large gatherings 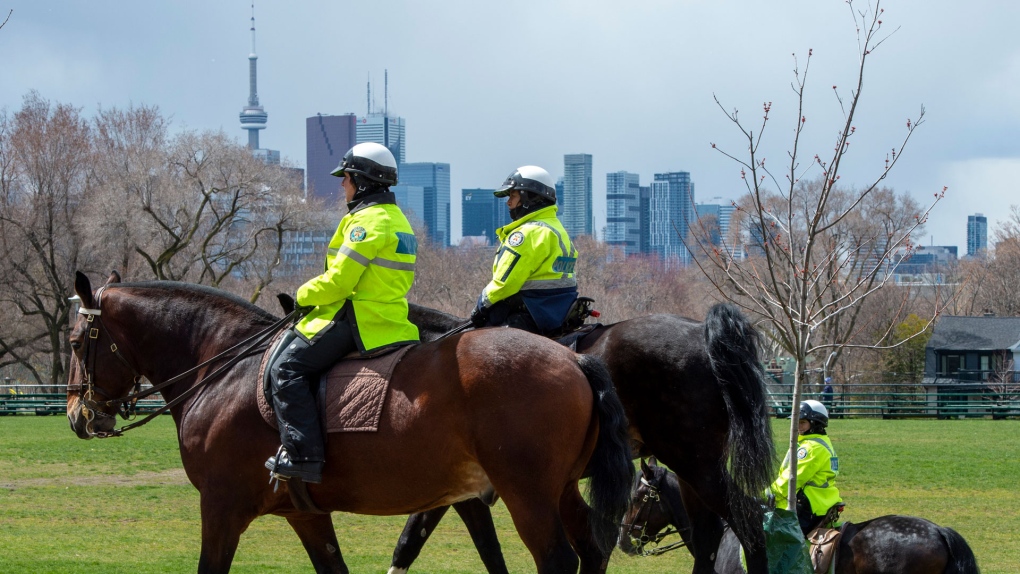 TORONTO -- Toronto police officers have responded to at least 1,000 calls of people gathering indoors and outdoors in the past three weeks, as the provincewide stay-at-home order is still in effect.

On Apr. 22, Toronto police implemented 16 enforcement teams to respond to reports of large gatherings, which are currently prohibited under the order that came into effect on Apr. 8.

“Our dedicated teams are attending more than 300 calls a week - a stark number which sadly doesn’t seem to be dropping despite repeated calls for people not to socialize,” Staff Superintendent Randy Carter said in a statement on Friday.

Police officers are not permitted to conduct random stops of people, dwellings or cars, but they can enter a property if they have reasonable grounds to believe there is non-compliance, such as a loud house party.

If there is evidence of non-compliance, officers can issue tickets and summonses for individuals and businesses.

"...If you're out gathering somewhere and the police come upon you, one out of two of you, right now, are probably going to get a ticket for what's happening there," Carter told CP24 on Friday.

"The rules are there to be abided by and we're doing our best to make sure we all stick to them."

Since the teams were implemented, 1,017 provincial and criminal charges have been laid by officers, with more than 400 tickets issued in the week of May 7 to May 13.

This week, police said they responded to a large party at a business in the area of Dundas and Beverley streets, where 24 charges were laid and $13,000 worth of alcohol was seized.

“With the weather set to be warm this weekend, I urge people not to risk gathering with friends and family. Our teams will be responding to calls all through the weekend and those caught breaching the rules will face a $750 ticket,” Carter said.

Police are asking residents to report any large gatherings they see and to avoid attending gatherings until it is safe to do so.

"Call us if you see it [gatherings], and if you get invited to one of these things, or you learn about a party that's at the back of the restaurant, don't go. Don't go because you got to know there's two things- one, you might get sick, you might make somebody else sick, but you also might get a really heavy fine," Carter said.

Under the stay-at-home order, residents are only supposed to go outdoors for work, medical reasons, buying groceries and exercise.

On Thursday, Premier Doug Ford extended the order until at least June 2, in an effort to continue driving down COVID-19 transmission.