TORONTO -- The organizer of an adult hockey league in Newmarket, Ont. is looking for answers after one of his players died and 14 others who were all fully vaccinated became infected with COVID-19 in a matter of days.

"Why couldn't we avoid this scenario," said Craig Adlam, who runs the Midas 3-on-3 League.

"It happened on three different nights with different guys, so it's not like one guy came in, came back the Thursday night and then came back the following Monday," said Adlam, who like the players is baffled by what happened. "How is that happening?"

Garry Weston, 75, of Oro-Medonte died in hospital on Oct. 21, two weeks after contracting the virus in late September while playing in the over 50 men's hockey league.

Weston died after suffering a severe stroke while fighting pneumonia caused by COVID-19, his family says.

"When I heard it, I couldn't believe it," said Adlam, who recalled the last text messaged he exchanged with Weston. "He texted me he has the sniffles, I wrote him a text back, 'you're strong Garry, you're going to get through this' and he didn't reply." 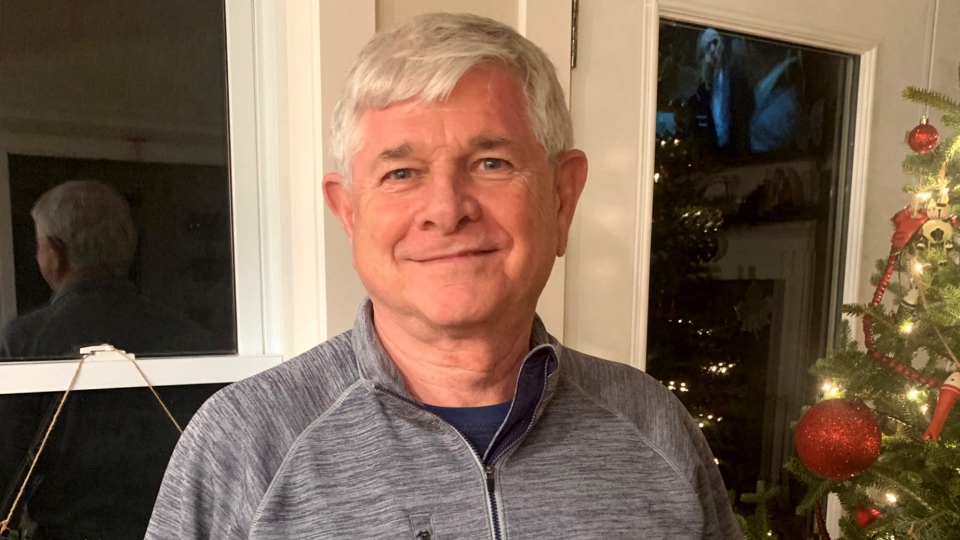 Players were required to provide proof of vaccination and health officials confirmed all were breakthrough infections in fully vaccinated players.

"Certainly it's unusual to see a cluster like this because the vaccines are generally effective," said Dr. Richard Gould, the acting medical officer of health for York Region. "You can get some transmission and particularly in situations where people are not wearing a mask, they are very active and breathing heavily so that increases the potential for exposure."

Dr. Gould noted that players are not required to wear masks when playing on the ice and on the bench, increasing the likelihood of transmission.

"I believe that one of them (player) was infected when they started playing," said Dr. Gould. "It's possible too if they were vaccinated and had the infection, they didn't have any symptoms."

The United States Centers for Disease Control and Prevention is warning that recreational hockey has the right conditions for a “superspreader event” of COVID-19 in a report released in October 2020.

“The ice rink provides a venue that is likely well suited to COVID-19 transmission as an indoor environment where deep breathing occurs, and persons are in close proximity to one another,” the CDC report stated.

"Cold air is protective of COVID, in other words it's a bit more dangerous for us, so if you got a situation with close physical contact and people breathing hard on each other without masks it does sound like a perfect storm," said Dr. Colin Furness , an expert in infectious disease epidemiology from the University of Toronto.

At the same time, Furness expressed concern over the Newmarket outbreak.

"I would expect transmission between two teams, not among a whole league."

Health officials are stressing that the COVID-19 vaccine is highly effective, but that breakthrough infections are possible.

They are also urging people to stay home if they are experiencing any symptoms.

York Public Health has requested genome testing to determine whether there are any unusual variants of the virus, which could take two weeks to get results, Dr. Gould said.

The hockey league resumed play this week after suspending games once they were made aware of positive cases, but some players are opting not to return.

"A lot of guys have packed in because of this and I don't blame them," said Adlam.