TORONTO -- An Ontario woman and her son said they were denied boarding an Air Canada flight in the United States and were forced to rent a car and drive hundreds of kilometres home despite appearing to have followed new COVID-19 requirements.

Burlington woman Chrystal Becker said she was not allowed to board a flight back to Toronto on Aug. 29 because she didn't have proof of a negative COVID-19 test.

The 37-year-old was flying home from Philadelphia with her four-year-old son, who had received specialized medical treatment from a children’s hospital.

Travellers returning to Canada after receiving essential medical care abroad do not need proof of a negative COVID-19 test, along with one person who accompanies them.

Becker said she has been taking her son, who was diagnosed at birth with a rare condition called Arthrogryposis Multiplex Congenita, to the United States to see doctors since he was 10-months old.

The rare illness impedes proper muscle and nerve growth, which in turn causes contractures, a condition in which a joint becomes permanently fixed in a bent or straight position. It affects all four of her son's limbs. 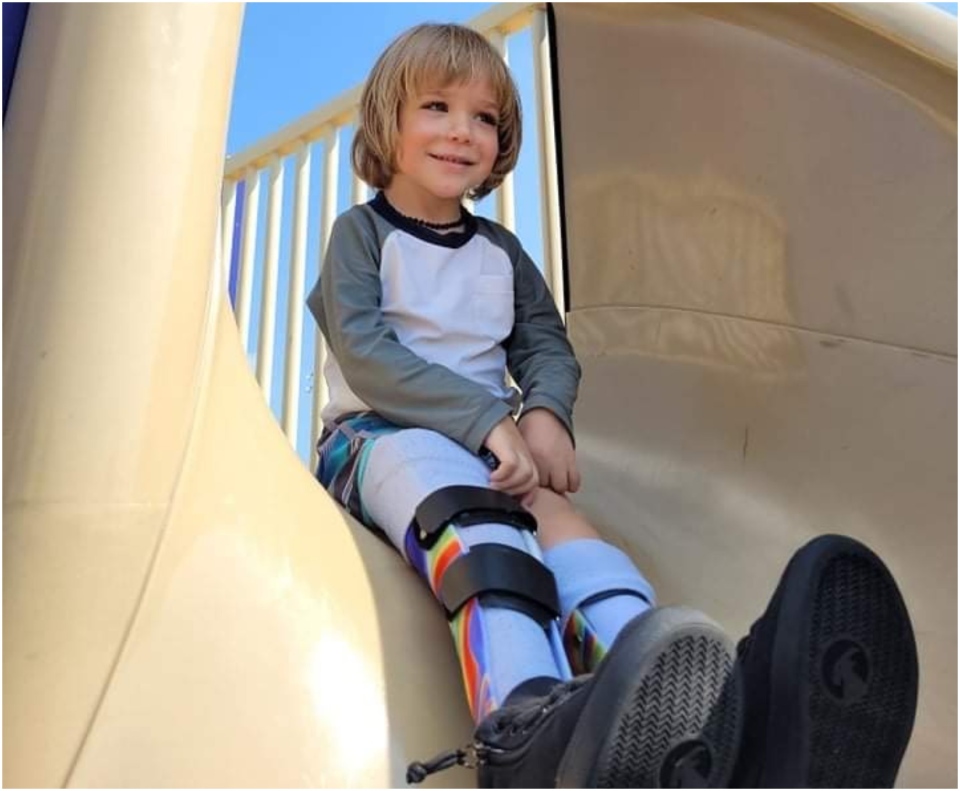 Becker said the trip from Toronto on Aug. 26 didn't get off to a good start. She said a last-minute flight change by Air Canada on the way to Philadelphia made them almost miss the medical appointment they had been waiting months for.

Instead of flying to Philadelphia, she said they were rerouted to Newark, where they had to rent a car and drive the rest of the way.

"It was a long haul," Becker told CTV News Toronto. "But fortunately we made it."

On Aug. 29, after her son completed his medical appointments, Becker said she checked-in on Air Canada's website and arrived at the airport for their flight back home.

"Nobody showed up to the gate until pretty much boarding time," Becker said. "At that time, they asked for anyone who did online check-in to come to the counter."

That's when the agent asked for proof of a negative COVID-19 test, which is currently required of most travellers coming back to Canada.

Becker said she explained to the agent that there are exemptions to pre-entry testing for essential medical reasons and provided the necessary documents. 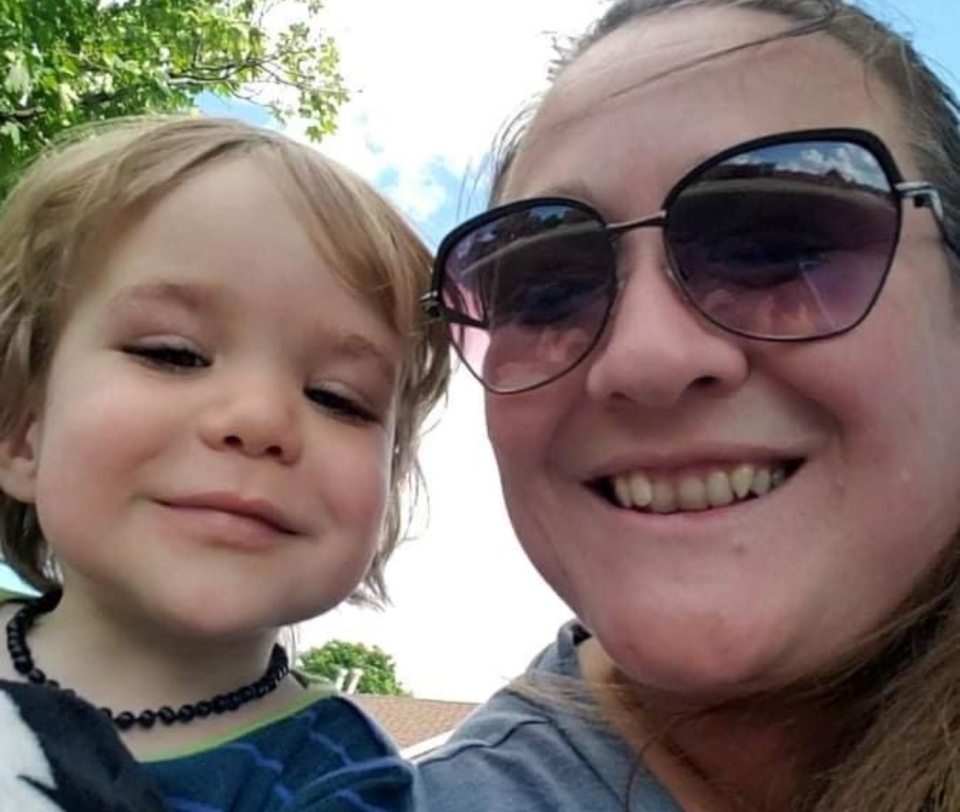 Becker said she showed both documents to the agent. CTV News Toronto has also viewed those letters, in which an Ontario doctor deemed the trip essential.

She also filled in her arrival information on the ArriveCAN app and showed her receipt to the gate agent.

"They told me 'We don't do any exemptions. No exemptions are allowed," Becker said.

Becker said she then showed the agent the Canadian government website, outlining the list of testing exemptions, but was still not allowed to board.

"I showed it to them multiple times, I asked for a supervisor, and at the end of it all they still did not allow us to board. They tried to say the exemption only applies to my son and not myself."

"There is absolutely no reason I was being denied boarding and that was the most difficult part. I just kept repeating myself but nobody wanted to hear me, nobody listened, nobody helped. It was ridiculous." Becker said after the plane departed, the gate agent handed her a phone and dialed Air Canada's booking line, which was experiencing at least a two-hour wait, and left.

"We were literally abandoned at the gate with no one to help us," Becker said. "Everyone was gone."

Becker said while she was waiting on hold with Air Canada, her son was crying, tired and hungry.

After waiting on hold for at least an hour with Air Canada and not getting any help, Becker said she felt she had no choice but to find another way home.

"This is a child who needs food, accommodation, a plan in place for getting back," Becker said.

She decided to rent a car and make the 750-kilometre drive back to Burlington instead. 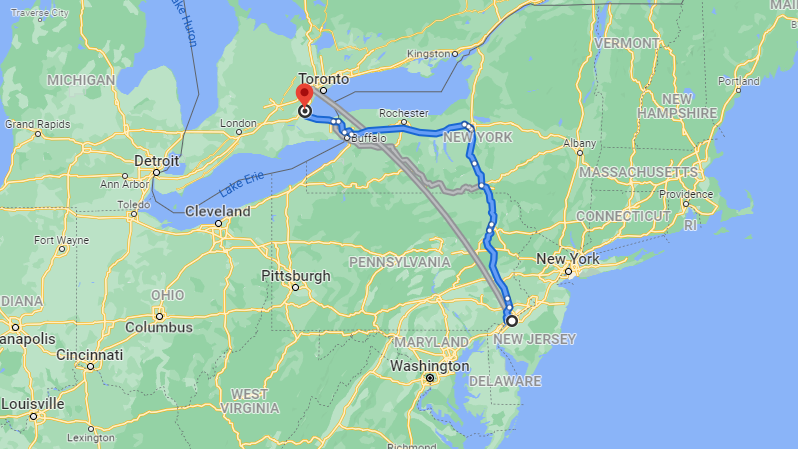 "It made me left feeling very disheartened and discarded," Becker said.

She said she had no problem when she crossed the border by land and that the border agent was familiar with the medical exemption for pre-entry testing.

When CTV News Toronto asked Air Canada about the situation they said they "understand this customer's disappointment."

"But the decision to deny boarding was based on consultations with Canada Border Services Agency and the direction we received from the CBSA," an Air Canada spokesperson said.

The airline said as a "goodwill gesture" they will refund her fare. Becker said to date the airline has not communicated this with her.

When CTV News Toronto explained Becker's situation to a CBSA spokesperson, they said they couldn't comment on a specific traveller's circumstances but did confirm the person accompanying someone on a essential medical trip is exempt from a pre-arrival COVID-19 test.

CTV News Toronto also asked the Public Health Agency of Canada about the rules and they confirmed the exemption as well.

Becker said she has since written to Air Canada requesting that they pay for her rental car expenses.

"It's not like I was trying to go on a vacation or anything other than seeking appropriate medical care for my kid," Becker said.

"It was very dehumanizing."