TORONTO -- The Ontario government has launched a new contact tracing strategy and notification system they say will help prepare the province for “a potential second wave” of COVID-19 in the fall.

Part of the strategy includes a mobile app that will use Bluetooth technology to notify other users if they have come in contact with someone who tested positive for the novel coronavirus. It will also allow users to contact their local public health unit by using a form through the app.

The mobile contact tracing app was officially announced by Canadian Prime Minister Justin Trudeau on Thursday morning, who said that Ontario will be the first province to test the tool. The use of the app will be “completely voluntary,” the prime minister said, and will eventually be used nationwide.

The technology was developed through the Canadian Digital Service with the help of Shopify, Blackberry and the Government of Ontario.

You can't manage what you can't measure.

Today we announced a new contact tracing strategy that includes a made-in-Ontario, privacy-first app for people to be notified when they’ve been exposed to a COVID-19 risk.

“From the start of this pandemic we have used every tool available to us to fight off this deadly threat. We face an invisible enemy. But if we test, we can find it. If we trace, we can track it. And if we have those two things, we can contain it,” Ford said.

The premier described the applications “like a protective shield around us, to a certain degree” and urged residents to download the app when it becomes available.

"If we don’t have the cooperation of the people of Ontario – we put ourselves more at risk – it’s 100 per cent private," he said.

How does the app work?

Officials have stressed that the mobile app will not collect personal data or health information from its users. It will also not collect or track GPS location data.

Instead, the app will share “anonymous, randomly generated codes” with other users, which will then be used to trace contacts in the event of a confirmed case of COVID-19.

When a user tests positive, they can type in their COVID test number—which can be found using the test results website through their local health units—and then choose to share their codes with those who they have been in contact with over the last 14 days.

A notification will then be sent to those users, who will be notified that they have been exposed. 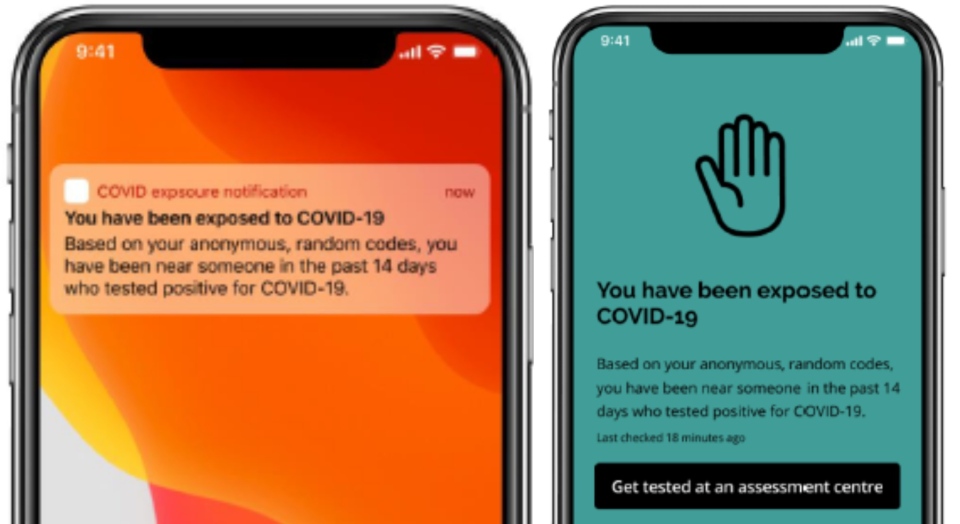 All anonymized data on the app will be deleted after 14 days, the Ontario government said.

The smartphone app will be ready for download in Ontario only on July 2, officials said, and should work on both Android and Apple devices.

Trudeau had promised a mobile contact tracing application nearly a month ago, saying that a digital strategy was necessary to allow people to "move around freely."

At the time, Ontario Premier Doug Ford said that while the government was actively looking for the right app for Ontario, privacy was a top concern. 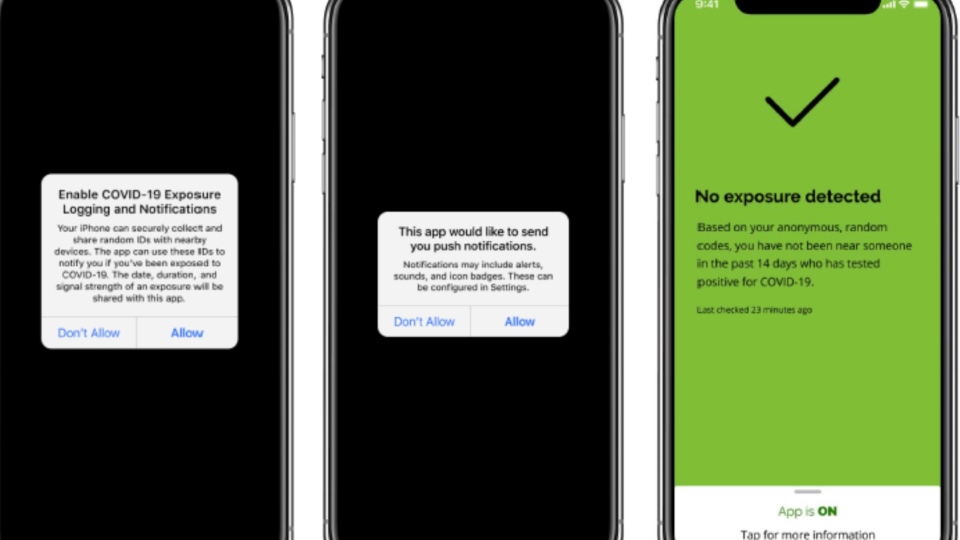 In early May, federal and provincial privacy commissioners issued joint recommendations that would ensure Canadian privacy laws are respected.

The provincial government has pledged $20 million over the next four years to create a cloud-based system to replace the province’s integrated Public Health Information System (iPHIS), which still relies on manual data entry telephones and fax machines for information.

The system has caused headaches among some public health units such as Toronto, who got fed up with iPHIS and created its own system to help track COVID-19 cases.

The new system is expected to combine all COVID-19 data together and remove the need for labs to fax COVID-19 positive tests in “batches” to public health units.

That information then has to be manually entered into iPHIS before contact tracing could begin.

“I think it’s really important to note that as we’ve been doing casing and contact management tracing. Since the onset of COVID-19 we have been dealing with systems that are out of date. We need to make sure they are modern, coherent systems that work together,” Ontario Health Minister Christine Elliott said.

The new system is expected to be fully operational by the end of August, the government said.

In addition to the mobile app, the province has also committed to “ensuring that all cases, and close contacts of positive cases, are identified early, reached quickly, with contacts advised to get tested and followed up with for up to 14 days.”

They said that about 97 per cent of COVID-19 cases are contacted within 24 hours already.

They will also be providing additional staffing resources to support public health units.

According to Ontario officials, they have access to bilingual staff from Statistics Canada and through Ontario Public Service who are ready to help provide “additional capacity for contact tracing.”

Ford is expected to speak in more detail about this new “enhanced case and contact management” strategy at 1 p.m. on Thursday alongside Health Minister Christine Elliott and Chief Medical Officer of Health Dr. David Williams. CTVNewsToronto.ca will be streaming the news conference live.

The strategy was released one day before the majority of the province will enter Stage 2 of Ontario’s reopening plan, allowing more stores and restaurant patios to open.

The only regions not allowed to move forward to Stage 2 are Toronto, Peel and Windsor-Essex. They will remain in Stage 1 until at least next week, when the province will reassess the data.