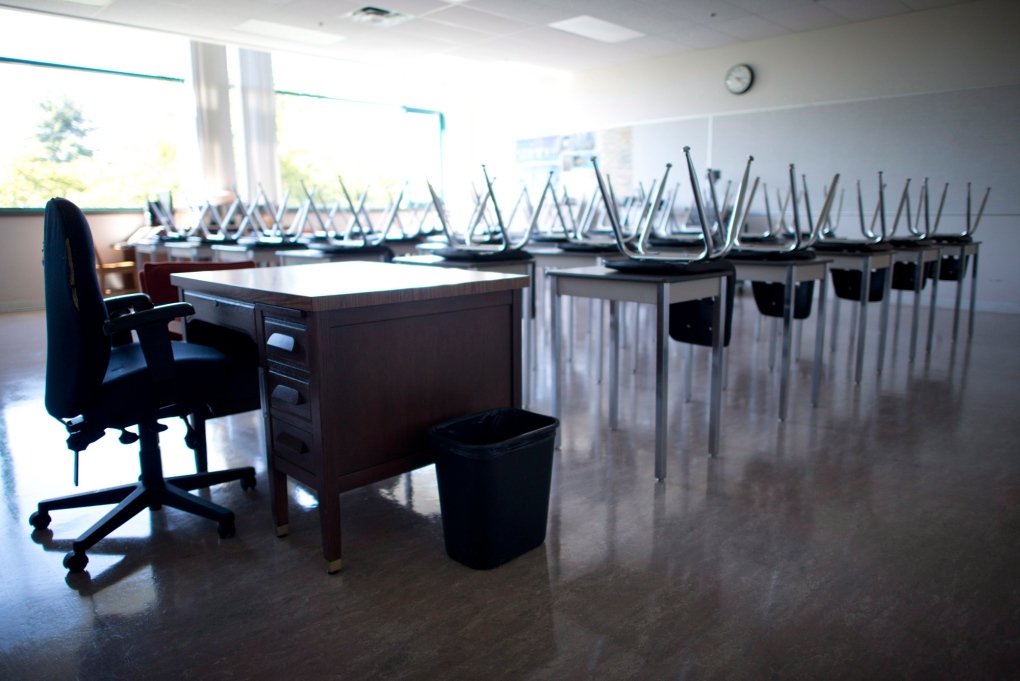 TORONTO -- An Ontario education advocacy group says making students choose between academic and applied courses in Grade 9 is putting many at a disadvantage.

The group People for Education has released a new study it says "points to a continued failure rate for students in applied courses" compared with those in academic courses.

The report cites a study by the Toronto District School Board that found only 40 per cent of Grade 9 students taking mostly applied courses had graduated in five years, compared to 86 per cent among those taking academic courses.

The group says applied and academic courses were introduced in 1999 to allow students with different learning styles to keep their options open, rather than choosing between vocational, college or university tracks.

But it says students still end up divided into separate tracks and rarely switch between them.

The survey of nearly 1,200 schools found 60 per cent of students who take applied mathematics in Grade 9 take the majority of their courses in the applied stream -- and only three per cent of principals report that students transfer often between applied and academic courses.

People for Education says Grade 8 is too early to ask students to make decisions about their future that could be "potentially binding."

It wants the choice between applied and academic courses to be delayed until at least Grade 10.