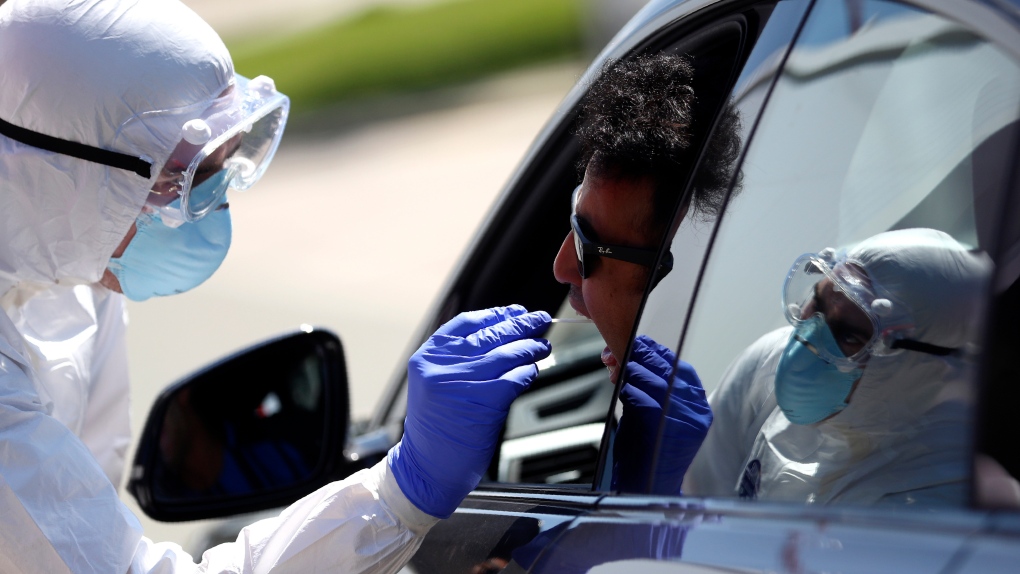 TORONTO -- Ontario is reporting more than 100 new cases of COVID-19 on Friday, but health officials say that total is an overestimation due to a glitch that resulted in missing numbers the day before.

Eleven public health units were unable to submit their new case numbers on Thursday due to an issue with the province’s Integrated Public Health Information System. Those numbers were added on Friday instead, which brought the total daily count to 131 new cases.

“With the 11 missing public health units now having entered their numbers for yesterday and with all 34 units reporting today, Ontario has added 131 cases of COVID-19,” Ontario’s Health Minister Christine Elliott stated on Twitter Friday. “Because of the data gap yesterday, today’s number is an overestimation of daily counts.”

Health officials reported 76 infections Thursday but the number was underestimated due to the missing information, which prompted the health minister to remind all public health units to replace the “outdated” Integrated Public Health Information System with the province’s “custom-built COVID-19 system.”

On Friday, the province reported that three more people have died due to COVID-19, bringing the total number of deaths in the province to 2,796.

The new infections bring the province’s total number of lab-confirmed infections to 41,179, including 37, 397 recoveries and the deaths.

Of the new patients, the majority were between the ages of 20 and 39. Twenty-one new cases were reported in people under the age of 20, while 18 were recorded in those above the age of 60.

There are currently 35 people in the hospital being treated for the disease. Thirteen of those patients are in the intensive care unit and seven are breathing with the assistance of a ventilator.

Yesterday, the province processed over 28,000 #COVID19 tests. Hospitalizations remain stable as ICU admissions and vented patients both declined. As always, today’s numbers will be available at 10:30 a.m. at https://t.co/ypmgZbVRvn

More than 2.7 million COVID-19 tests have been conducted in Ontario since the disease reached the province in late January.