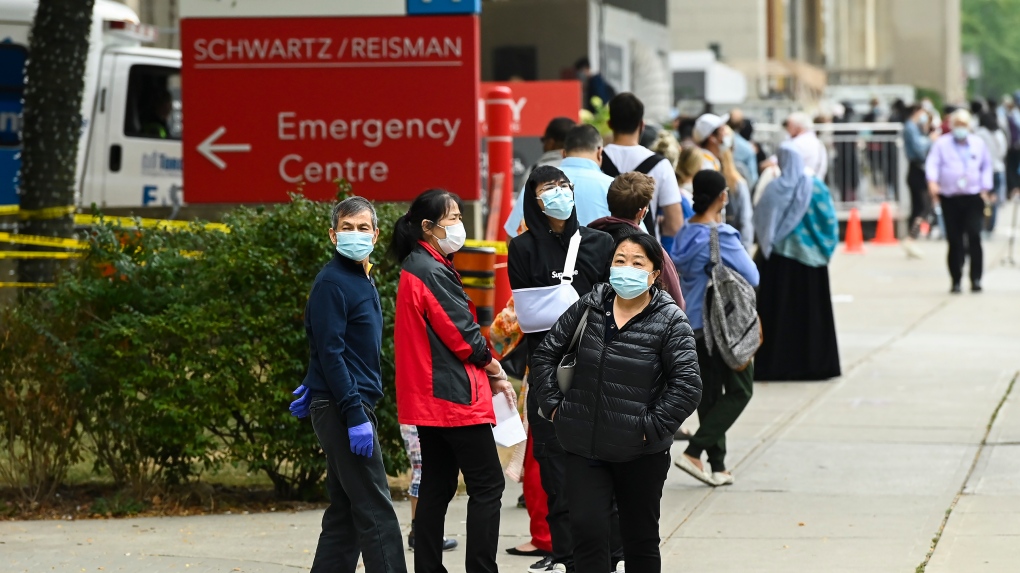 TORONTO -- Health officials in Ontario are confirming more than 400 new cases of COVID-19 for the third day in a row.

The 435 new cases represent an increase over Friday’s total when 409 lab-confirmed cases were added.

No deaths were recorded in the last 24-hour period and 338 cases of the disease are now considered to be resolved by the province.

Of the new cases added Saturday, almost half (212) were reported in people between the ages of 20 and 39. That age group accounts for most of Ontario’s lab-confirmed COVID-19 cases at 16,764.

Another 98 cases were recorded in people between the ages of 40 and 59, while 66 new infections were reported in people 19 years of age and younger.

The news comes after the Ontario government introduced new restrictions on restaurants and bars in an effort to control “outbreak clusters” of COVID-19 in the province.

Under the new rules, restaurants and bars are no longer allowed to sell alcohol after 11 p.m. and the consumption of alcohol at those locations will be prohibited after 12 a.m.

On Saturday, police told CTV News Toronto that they observed hundreds of people who were gathered at Yonge-Dundas Square in downtown Toronto to protest the province's COVID-19 restrictions.

Most of the new reported cases are in Toronto, Peel Region, York Region and Ottawa.

There are currently 100 patients in an Ontario hospital with COVID-19.

Of those 100 patients, 28 are being treated in an intensive care unit. Fifteen of those patients are breathing with the assistance of a ventilator.

The province has processed 3,765,717 tests for the disease since the start of the pandemic.

There are 68,040 tests currently under investigation, the highest number in recent memory.