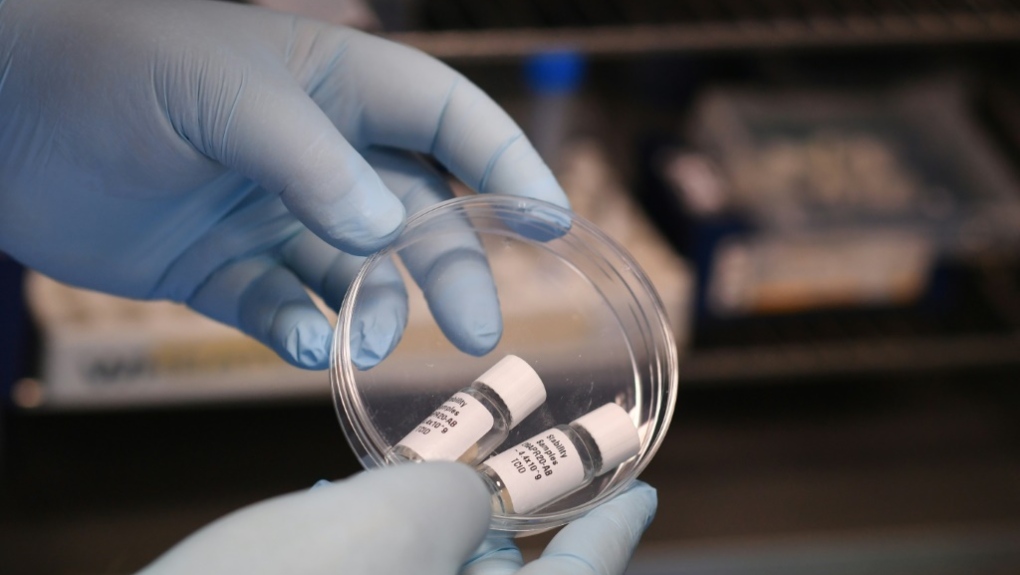 TORONTO -- Ontario health officials reported 121 new cases of COVID-19 in the province, the lowest number in more than a week.

The new number reported Saturday morning is the lowest number in any 24-hour period since 111 cases were reported back on June 26. It is also a significant decrease from Friday, when officials confirmed an additional 165 new cases of the novel coronavirus.

The recent infections bring Ontario’s total number of lab-confirmed cases of the disease to 35,656, including 2,687 deaths and 31,083 recoveries.

Saturday’s announcement marks the fifth straight day where the daily reported number of new infections has fallen below 200.

Ontario Health Minister Christine Elliott announced the new numbers on Saturday morning, saying 21 of those cases are from Windsor-Essex, a region that has grappled with outbreaks among migrant workers,

According to Friday’s epidemiology report, 23 of the remaining new cases were found in Peel Region, while 20 were found in York Region and 27 were found in Toronto. All other regions in the province were reporting zero to six new cases.

"With 174 more resolved, there are 53 fewer active cases in the province," Elliott said in a statement posted to Twitter.

"Locally, 29 of Ontario’s 34 PHUs are reporting five or fewer cases, with 16 of them reporting no new cases. Having processed over 21,000 tests yesterday, our positivity rate remains at all-time lows."

As of Saturday, there were 150 people in the hospital due to COVID-19. Thirty-nine of those patients are in the intensive care unit and 26 of them are breathing using ventilators.

Locally, 29 of Ontario’s 34 PHUs are reporting five or fewer cases, with 16 of them reporting no new cases. Having processed over 21,000 tests yesterday, our positivity rate remains at all time lows. Today’s numbers will be available at 10:30 a.m. at https://t.co/ypmgZbVRvn.

More than 14,000 tests are still under investigation.