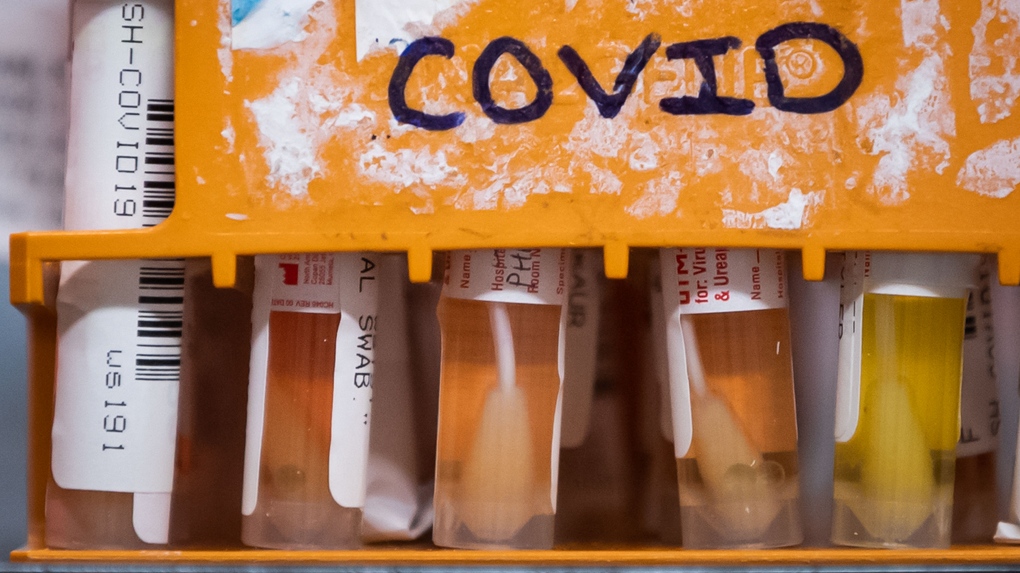 Specimens to be tested for COVID-19 are seen at LifeLabs after being logged upon receipt at the company's lab, in Surrey, B.C., on Thursday, March 26, 2020. (Darryl Dyck/The Canadian Press)

TORONTO -- Ontario health officials confirmed 118 new COVID-19 cases and a slight increase in the number of people who have died due to the disease.

Officials reported nine new COVID-19 related deaths on Wednesday. At the start of the week, the province recorded zero deaths for the first time in months and two more people died on Tuesday.

Since late March, thousands of people have died due to the novel coronavirus. During the peak period, the province saw dozens of people die each day.

Officials noted that Wednesday’s number is a very slight increase from the 112 reported on Tuesday, but that the numbers are “largely stable.”

The recent infections bring Ontario’s total number of lab-confirmed cases of the disease to 36,178, including 2,700 deaths and 31,805 recoveries.

Elliott said that 30 of the province’s 34 public health units have reported five or fewer new cases of the disease on Wednesday, with 18 of them reporting no new cases at all.

According to Wednesday’s epidemiology report, 27 of the new cases were found in Peel Region, 13 were found in York Region, 50 were found in Toronto, and four were found in Windsor-Essex, a region that has grappled with outbreaks among migrant workers.

As of Wednesday, there were 123 people in the hospital due to COVID-19. Thirty-five of those patients are in the intensive care unit and 26 of them are breathing with the assistance of ventilators.

More than 17,000 tests are still under investigation.

Locally, 30 of Ontario’s 34 PHUs are reporting five or fewer cases, with 18 of them reporting no new cases at all as much of the province continues to avoid outbreaks or spikes in cases well into Stage 2. Today’s numbers will be added at 10:30 a.m. at https://t.co/ypmgZbVRvn.