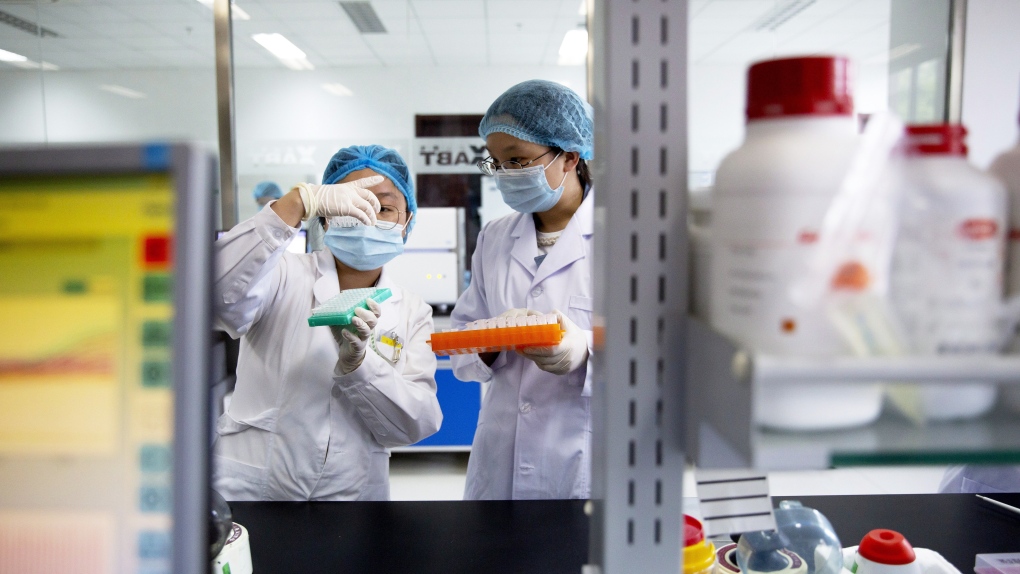 Health officials work in a laboratory. (The Canadian Press)

The news comes after the ministry of health reported more than 400 cases on both Saturday and Sunday, though those numbers were inflated due to an error in lab reporting. The ministry did not report any delays in recording new cases in Monday's report.

The 243 new cases reported today represent a 0.8 per cent increase over the day prior.

In total, there are 30,860 confirmed cases of the novel coronavirus in Ontario, including 24,492 resolved cases and 2,450 deaths, 24 of which occurred since yesterday.

According to Monday's epidemiologic summary, 1,706 people 80 years of age or older have died as a result of the virus. Another 640 deaths are in people between the ages of 60 and 79.

To this date, there have been no deaths recorded in people 19 years of age or younger, though there are 1,243 lab-confirmed cases of the virus in that age group.

Hospitalizations for COVID-19 are down slightly since Sunday. There are currently 603 patients in hospital, down from the 635 reported a day earlier. Of those 603 patients, 118 are being treated an intensive care unit, 81 of which are breathing with the assistance of a ventilator.

There are currently 5,099 confirmed cases of COVID-19 in health-care workers.

There have been 866,889 tests completed since the outbreak began in Ontario in mid-January. At least 4,811 tests are currently under investigation.

“What is encouraging is that while the number of tests is increasing, we are not seeing the number of new cases rising at the same rate,” Yaffe said.