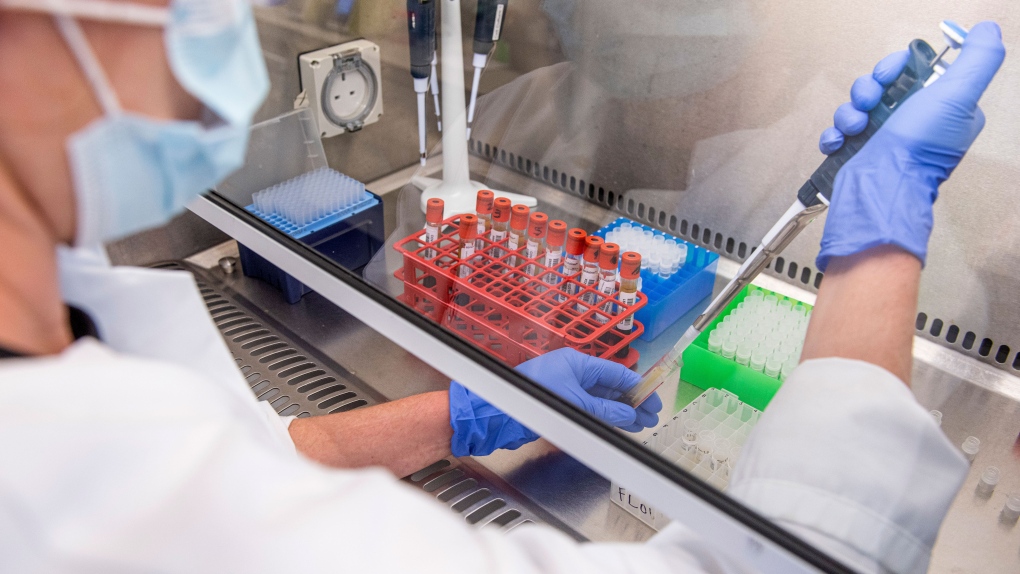 Ontario is reporting an increase in the number of new COVID-19 cases after recording a nearly five month low yesterday.

TORONTO -- Ontario is reporting an increase in the number of new COVID-19 cases after recording a nearly five-month low yesterday.

On Tuesday, the province added 33 new infections, but said the low number was partially the result of a routine data clean-up, which removed 21 duplicated cases in Toronto.

There was one new death in the previous 24-hours period. Ontario also added 134 additional resolved cases.

The resolved cases in Ontario now account for more than 90 per cent of infections.

There are currently 49 patients infected with the disease in Ontario hospitals. Of those patients, 20 are being treated in the intensive care unit and 10 of those are breathing with the assistance of a ventilator.

Sixty per cent of Wednesay's new cases are in people under the age of 40.

Twenty-eight of the province's 34 public health units are reporting five or fewer cases, with 16 of them reporting no new cases.

Today, Ontario is reporting 95 cases of #COVID19, a 0.2% increase and another day below 100 cases. Locally, 28 of the province’s 34 public health units are reporting five or fewer cases, with 16 of them reporting no new cases. Yesterday, the province processed over 24,500 tests.

More than 2.4 million COVID-19 tests have been conducted in Ontario since the virus reached Ontario in late January.