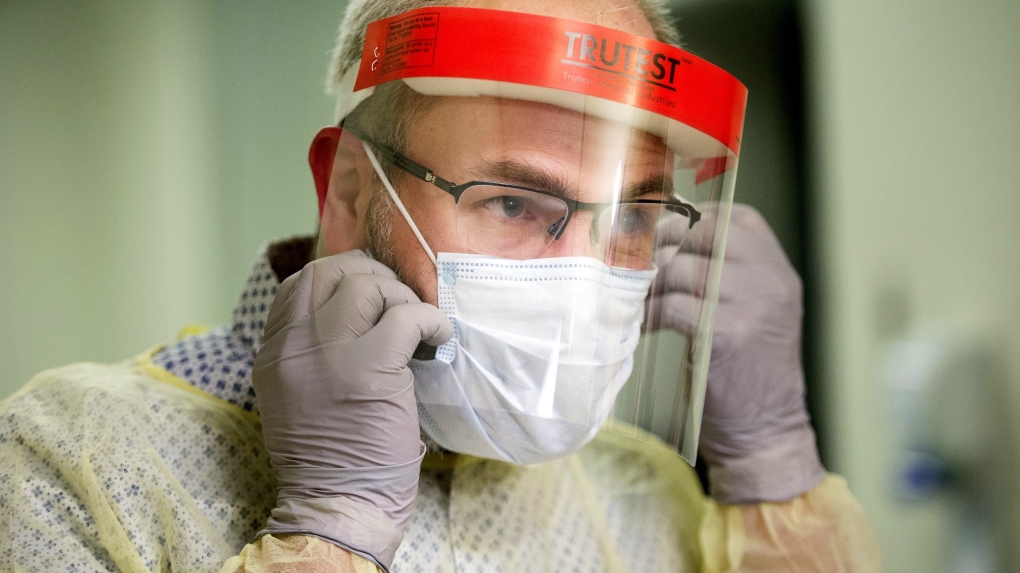 A man demonstrates how to put on a face mask and other protective clothing during a tour of a COVID-19 evaluation clinic in Montreal, Tuesday, March 10, 2020. (Graham Hughes/The Canadian Press)

TORONTO -- Ontario health officials are reporting a dip in the number of new COVID-19 cases.

Officials confirmed an additional 112 new cases of the novel coronavirus on Tuesday, which is a significant decrease from the 154 new infections reported on Monday.

Since late March, Ontario has recorded multiple deaths related to the novel coronavirus each day. During the peak period, the province saw dozens of people dying per day.

The recent infections bring Ontario’s total number of lab-confirmed cases of the disease to 36,060, including 2,691 deaths and 31,603 recoveries.

Ontario Health Minister Christine Elliott said that 28 of the province’s 34 public health units have reported five or fewer new cases of the disease on Tuesday, with 23 of them reporting no new cases at all.

As of Tuesday, there were 131 people in the hospital due to COVID-19. Thirty-four of those patients are in the intensive care unit and 24 of them are breathing with the assistance of ventilators.

More than 12,000 tests are still under investigation.