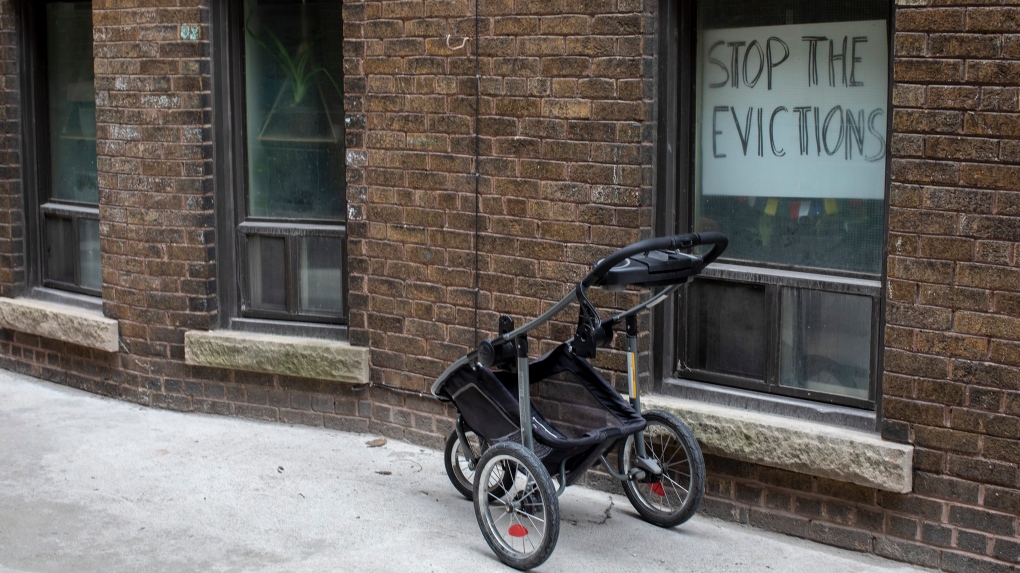 A sign hangs in the window of a west Toronto apartment on Thursday March 19, 2020. Tenants at 'Shoreview' on Toronto's King Street west say their landlord, Golden Equity Properties, has continued to issue eviction notices this week amid the COVID-19 pandemic and has shut off their water without warning on multiple occasions. THE CANADIAN PRESS/Chris Young

TORONTO -- Ontario Premier Doug Ford made a solemn appeal to commercial landlords in the province, calling some of them “vicious,” one day before they are legally allowed to evict tenants for non-payment of rent.

“Give these small businesses a break, they work their backs off and they’re trying to survive,” Ford said Friday. 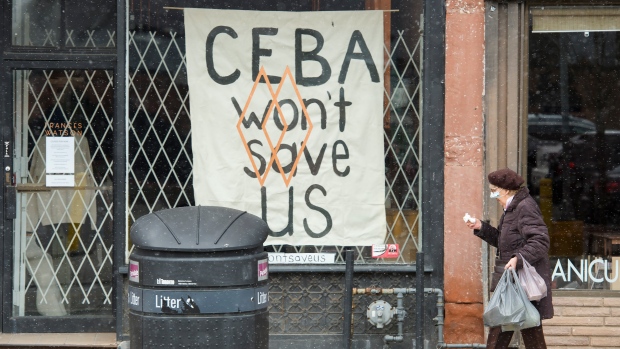 The federal and provincial governments’ Canadian Emergency Commercial Rent Assistance (CECRA) program allows tenants to pay just 25 per cent of their regular rent, with the feds and province covering a further 25 per cent each, provided the landlord waives the remainder.

But the program has been criticized as confusing and also requires landlords to apply for assistance, and many, for a variety of reasons, are not.

Ford asked landlords to have a heart.

“Help someone up, give them a break and work with them for a couple of months,” he said, adding demand for commercial space is basically nil right now.

“What do the landlords think, there’s going to have an army of people wanting to move in (after an eviction,” Ford said.

Several surveys conducted in Toronto have shown that the majority of small businesses tenants say they cannot afford to pay all of their May rent.

Some Maritime provinces have temporarily banned commercial evictions, but when pressed, Ford said he was reluctant to do the same.

“When someone signs a contract for a long-term lease, and the government steps in there, there will be long-term legal issues that we’ll deal with as well.”

He reiterated that the CECRA is the best option for most of them.

Many evictions are underway anyways in the GTA, and Ford rued those who’ve done so.

“You know what drives me crazy, I can’t stand these vicious landlords. You’ve got to protect the little guy all the time.”

NDP leader Andrea Horwath said Friday her party is calling for a moratorium on commercial evictions.