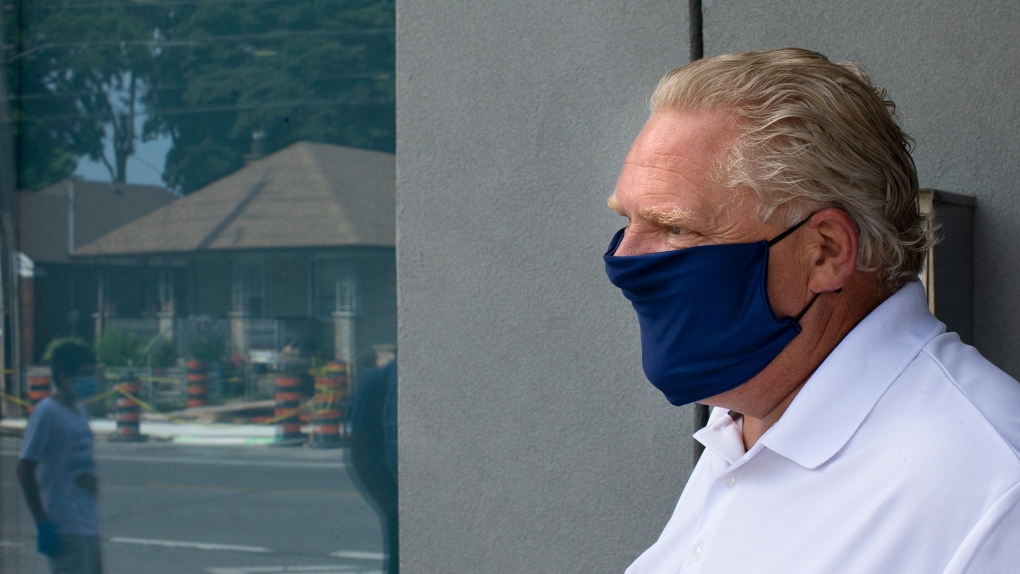 Ontario Premier Doug Ford is pictured as he visits a bakery in Toronto, on Friday, July 10, 2020. THE CANADIAN PRESS/Chris Young

TORONTO -- Premier Doug Ford says that he won’t stand in the way of local officials rolling back the limits on indoor and outdoor gatherings amid the recent rise in COVID-19 infections.

Ford made the comment to reporters following a meeting with Quebec Premier François Legault in Mississauga on Wednesday afternoon.

His comments come hours after Brampton Mayor Patrick Brown called the Ford government’s decision to allow up to 100 people to gather outdoors amid a global pandemic “a head scratcher.”

Ontario has reported an average of 162 new cases of COVID-19 over the last seven days and Brampton has emerged as one of the hotbeds of infection, alongside Toronto and Ottawa.

Over the last week the municipality has reported an average of 33 cases each day, accounting for roughly 75 per cent of the lab-confirmed infections across all of Peel Region despite only making up less than half of its population.

Speaking with reporters during his weekly COVID-19 briefing earlier on Wednesday, Brown said that the city has seen an uptick in infections tied to large social gatherings but has had a hard time cracking down on those events, given that most of them are within the limits imposed by the province as part of its stage three reopening.

“Certainly if we continue to see numbers creep up I would welcome the provincial government curtailing those numbers. I understand this past weekend, for example, that bylaw was out and we heard complaints about social gatherings but none of them were over the provincial limit. The largest one was 89 people,” he said. “From my personal perspective 89 people seems high. I certainly wouldn’t recommend to anyone to have a social gathering of that size during a pandemic.”

In recent days, Premier Doug Ford has repeatedly urged residents to avoid partaking in any large gatherings and even told reporters on Tuesday that people should be calling police on their neighbours if they notice them having a big party.

The premier, however, has not expressed a desire to change the limits on gatherings at this point and has instead spoken of a need to “put the hammer down” on people that don’t want to follow the existing guidelines.

At Wednesday’s briefing Brown conceded that Brampton “relies on the provincial framework” when it comes to things like gathering limits but said that he would personally “welcome” a rolling back. Peel’s Associate Medical Officer of Health also said that there discussions taking place with the province around “further restrictions on current reopening plans.” 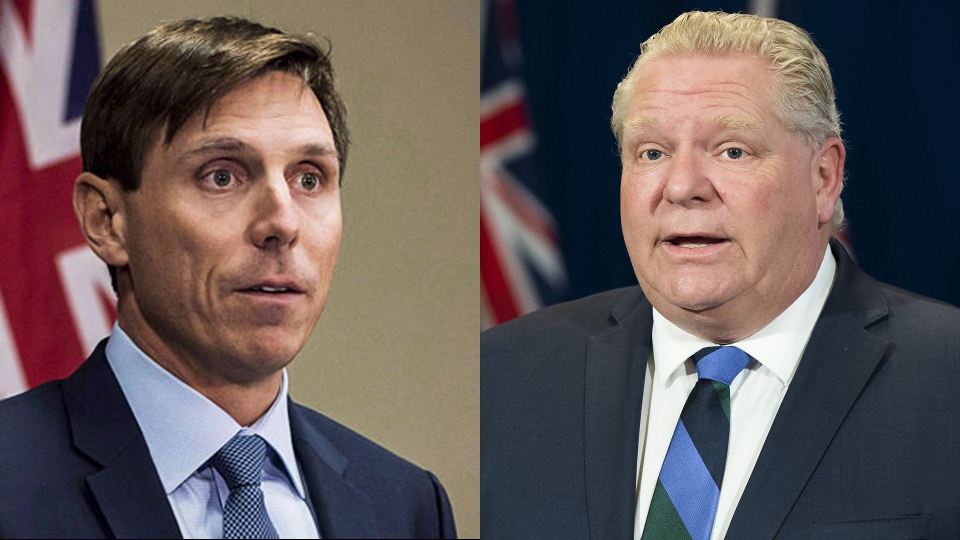 “For this week we are certainly keeping a close eye on the numbers. They are fluctuating so if we do see a consistent increase in the trends we would certainly consider those options in consult with our mayors and provincial partners,” she said.

Rise in cases likely due to several factors

Brown said that the rise in cases in Brampton is likely due to a number of factors, including an uptick in travel-related cases – there have been 32 such cases in the city over the last week.

He said that there have also been a number of workplace outbreaks, including one in Mississauga that has resulted in at least 64 positive cases with many of those involving residents of Brampton.

Other factors cited by Brown include the high number of international students that call Brampton home and the significance of the trucking industry to the local economy. Peel’s Associate Medical Officer of Health Dr. Monica Hau also weighed in, noting that there tends to be more multi-generational homes in Brampton which can allow for the quick spread of COVID-19 within individual dwellings once there is one positive case.

“We have challenges in Brampton but we have an incredible community, a resilient community and they are doing their best to get past this difficult period,” Brown said.