Is Ontario moving into the second wave of COVID-19?

TORONTO -- Ontario's rising COVID-19 case count is beginning to worry an infectious disease expert that the province could be seeing the start of the dreaded second wave.

The province's seven-day rolling average has been steadily creeping upwards since hitting a low of 85 in August.

The province reported 375 new COVID-19 cases combined on Monday and Tuesday. The 190 new cases on Monday and 185 on Tuesday were the highest numbers since late July.

The high number of new infections has also forced the provincial government earlier this week to put a pause on relaxing any public health measures for an additional four weeks.

So, is this the beginning of the second wave?

Infectious disease specialist Dr. Isaac Bogoch said while it's hard to know exactly where Ontario's case count will go next it "certainly could be the start of the second wave."

"We're sort of grumbling along and it's not a spike in cases but it’s a slow and steady rise in cases - it's more than a blip - it is a real trend of a growing number of cases per day over time," Bogoch told CTV News Toronto on Tuesday. “If we look at seven-day averages over time, it certainly is headed in the wrong direction at the provincial level and at the national level."

Bogoch said that Ontario may not see a dramatic spike in COVID-19 cases but a steady and gradual rise into the second wave. He said it's concerning that Ontario's COVID-19 trends have ticked upwards before the cooler weather forces people indoors.

"If we don't take the appropriate public health precautions we will see a rise in cases," he said, adding that in order to avoid the worst of a second wave people need to start taking public health advice seriously.

"If we really adhere to fundamental public health principles, we stay within our bubbles, we physically distance from others that aren't in our bubbles, we put a mask on when go we indoors, we wash our hands, that'll be extremely helpful."

Bogoch said it is important for businesses and schools to create safe indoor spaces as people return to the office and classroom. It will also be critical for the government to ensure quick access to testing and through contact tracing.

On Tuesday, Premier Doug Ford said Ontario isn't at the point yet where it needs to revert to Stage 2 but he will continue to consult with the province’s Chief Medical Officer of Health.

"We aren't there yet," Ford said. "But if it just keeps creeping and creeping and people are ignoring the guidelines and the protocols - come on guys, we have gone through everything together as a team and you can't let your guard down now."

'Inevitable' second wave could force Toronto back into lockdown

Last week, Toronto's top public health official said that there is "no question" that there will be a resurgence of COVID-19 in the fall and that everything, including another lockdown, will be on the table when it comes to limiting the spread of the disease. 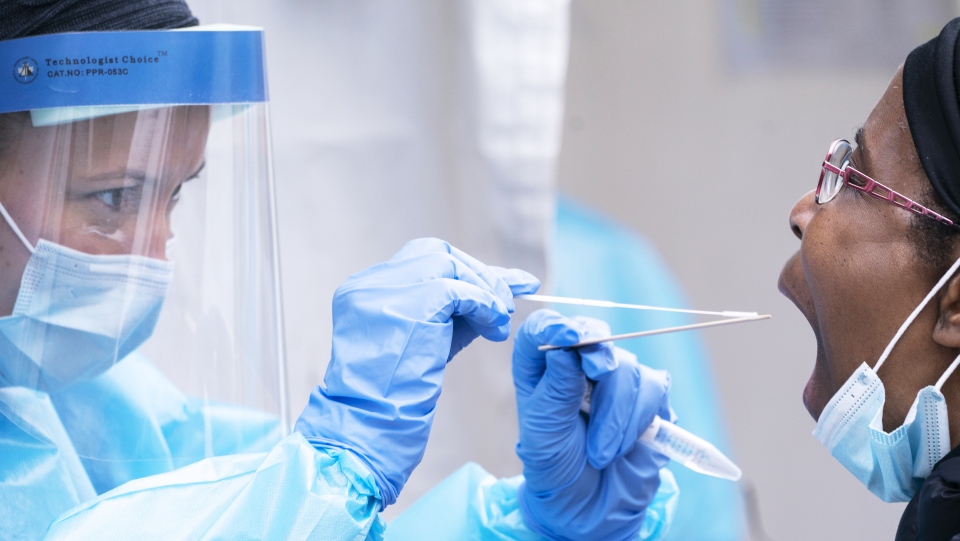 "I think we have to consider whatever is necessary in order to best protect the residents of Toronto,” de Villa said in response to a question about whether businesses could again be shuttered should cases spike this fall.

“We are certainly hoping it doesn’t come to that but I think we have to follow the best available evidence and that includes what we have learned from our own experience and we know that it does take a series of public health measures to actually bring virus spread under control.”

Dr. Eileen de Villa said Toronto Pubic Health will also continue to have more than 700 staff working on COVID-19 contract tracing and case managements. She said that discussions with the federal government to create an isolation facility for COVID-19 patients who are unable to safely isolate at home are also ongoing.

Ontario's COVID-19 cases in schools, child-care centres as of Nov. 23