Ontario premier thanks U.S. officials for deal that will allow shipments of N95 masks

TORONTO -- Ontario Premier Doug Ford has thanked United States officials after a deal was made between manufacturing giant 3M and the White House that will allow Canadians to continue receiving shipments of N95 masks.

"I am very pleased that a resolution has been reached between 3M and the U.S. administration," Ford tweeted Monday evening. "I want to thank 3M and officials on both sides of the border for their support to ensure Canada's continued access to vital PPE."

"We are stronger together."

Hundreds of thousands of N95 masks will arrive in Ontario later this week, Ford said, after a battle with the United States government over the much-needed equipment for front-line healthcare workers.

3M and the U.S. government said in a statement they "worked together to ensure that this plan does not create further humanitarian implications for countries currently fighting the COVID-19 outbreak."

I am very pleased that a resolution has been reached between 3M and the U.S. administration. I want to thank 3M and officials on both sides of the border for their support to ensure Canada’s continued access to vital PPE. We are stronger together.

"The plan will also enable 3M to continue sending U.S.-produced respirators to Canada and Latin America, where 3M is the primary source of supply,” 3M said.

The news comes after a recent Ontario-bound shipment of masks was halted at an American production facility this weekend – days after U.S President Donald Trump issued an order stopping N95 mask maker 3M from shipping their supplies to Canada and South America. 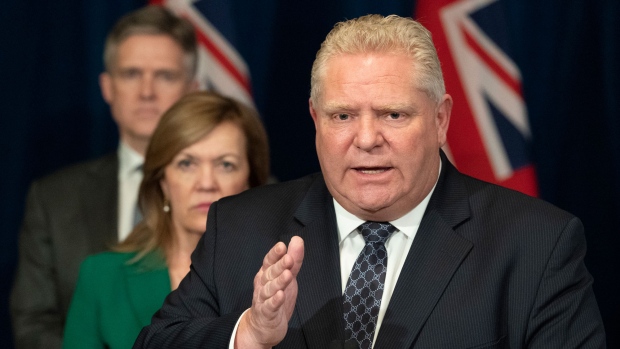 Ontario Premier Doug Ford revealed Monday morning that the "recent restrictions" at the U.S.-Canada border left the province with "roughly a one-week supply" of facial masks for those on the front-lines of the COVID-19 fight.

Before the deal had been reached, Ford said he felt a "glimmer of hope" after speaking with officials in the U.S. and Deputy Prime Minister Chrystia Freeland Monday morning and confirmed 500,000 of those masks are on their way to Ontario.

"What I understand is that we had three million masks that were stopped by U.S. officials coming out of 3M in South Dakota," he told reporters at a news conference Monday."

"I was just briefed not long ago that we were able to get 500,000 N95 masks moving forward that should be released today and coming into Ontario."

Ford said he was relying on the U.S. and the federal government to help get the essential supplies needed to deal with COVID-19.

The stopped shipment immediately triggered phone calls between the federal government and officials in the Trump administration – which Prime Minister Justin Trudeau described as productive.

Freeland, who spoke with Ford about the stalled shipment, later delivered a subtle warning to her American counterparts about the flow of medical supplies which she said should be "unimpeded."

"It is a two-way street. Both countries benefit from this and both countries would lose out if hurdles were to be put in the way of that flow of healthcare support between our two countries," Freeland said.

"We made that point in repeated conversations over the weekend and today."

While the federal government singled out the United States on Monday, officials say they have noticed a number of issues with global shipments of personal protective equipment, including delayed deliveries or incomplete orders.

"It is really a wild west when it comes to buying medical supplies right now," Freeland said, describing the procurement process for medical as a “fierce competition.”

Ford acknowledged that a global supply chain issue has also placed a burden on Ontario’s PPE supply, but has also criticized the United States in particular for a protectionist attitude towards equipment.

Over the weekend, Ford railed against Trump's decision to force mask-manufacturer 3M to stop shipping N95 masks north of the border calling it "unacceptable." 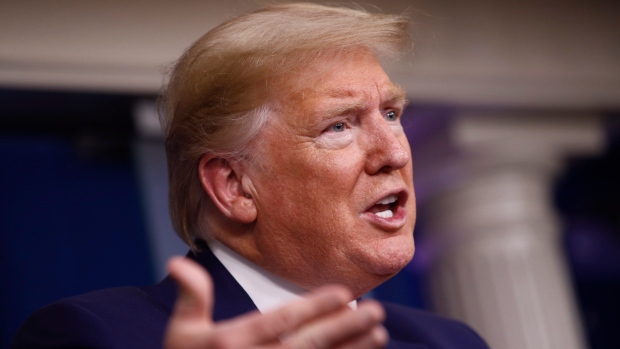 Ford said it was equivalent to forcing a member of the family to "starve" for the necessities and accused the American government of turning its back on its largest trading partner.

"When the cards are down, you see who your friends are," Ford said on April 4. “And I think it’s been very clear over the last couple of days who our friends are."

Ford said he had personally engaged with top-ranking U.S. officials to argue that Canada should be exempt from the presidential order preventing PPE from being shipped to Canada.

"We are grateful for anything we could get out of the U.S.,” Ford said Monday. “I have a little bit of optimism right now that we are going to get this resolved with the U.S. government and asking them to exempt Canada from the presidential order."

Ford previously said any new federal shipments of N95 masks should be divided based on population, adding that Ontario’s “fair share” would be 40 per cent.