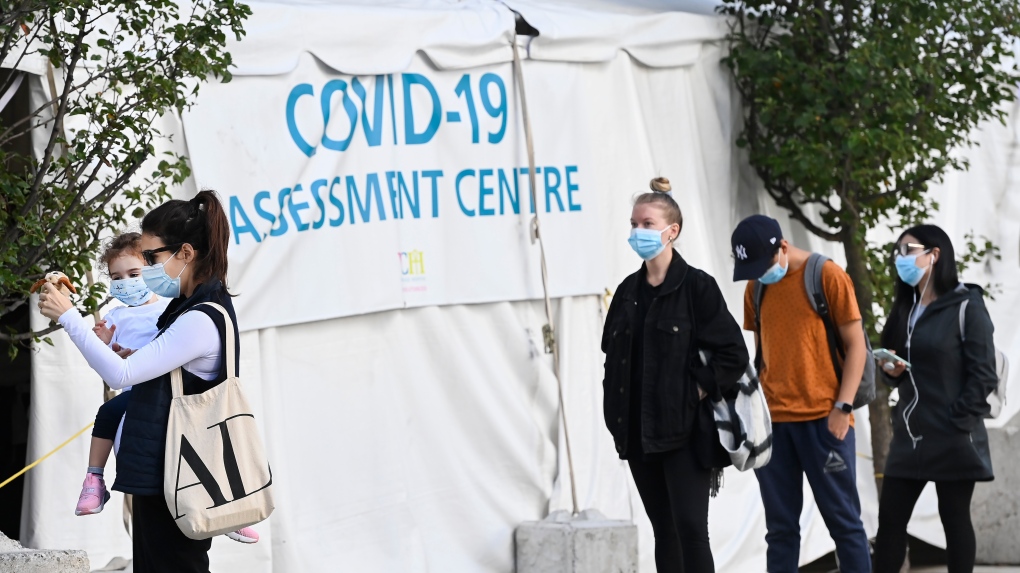 People wait in line at a COVID assessment centre at Women's College Hospital during the COVID-19 pandemic in Toronto on Wednesday, September 23, 2020. THE CANADIAN PRESS/Nathan Denette

TORONTO -- A little more than 24,000 tests for COVID-19 were processed in Ontario over the last 24 hours, a far cry from the province’s 50,000 test capacity. But Premier Doug Ford said Tuesday that unlike the testing challenges of the past, these relatively low numbers can be chalked up to either a lack of symptoms or a lack of interest.

“We can't force people to come in for a test,” Ford said at a news conference in Toronto.

The comments came after Ford touted his previously announced plan to construct new schools and repair others. It also came hours after Ontario logged 821 new infections on Tuesday, which represents a large increase from the 704 cases reported on Monday and 658 on Sunday.

Due to the high number of lab-confirmed cases paired with the low testing numbers, the province’s positivity rate, a key indicator in how health officials inform policy decisions, now stands at 3.42.

Ford said it’s unclear why people aren’t booking appointments to get tested for the disease, but he appears to believe that maybe residents “aren’t showing symptoms.”

“If you're showing symptoms, please come in and get tested. That's the most important thing,” he said.

In the same breath, Ford said that the “good news” is that the province’s testing backlog, that climbed over 80,000 tests earlier this month, is now “cleaned up.” However, the Ministry of Health’s daily COVID-19 report shows a backlog of 24,129.

Testing for COVID-19 in Ontario has been a hot topic since the beginning of the pandemic.

Early on, the province struggled to get testing capacity up to their current level. A few million tests later, testing centres across the province began to report long lines, with some patients waiting as a long as six hours for a swab.

In light of that, the province shifted their strategy to appointment-based tests only, for residents who had been exposed to COVID-19 or were experiencing symptoms, doing away with walk-ins and asymptomatic patients.

While there were reports of limited testing availability at the province's 153 assessment centres in the early days of the new strategy, most residents are now able to easily book a test online in minutes and can expect to receive their results in 24 to 48 hours.