TORONTO -- Ontario Premier Doug Ford is in “good health” and is not experiencing any symptoms related to COVID-19 after he attended a Toronto mining conference linked to a positive case of the virus.

“He remains vigilant and encourages all Ontarians to do the same by taking the preventive actions recommended by our incredible health officials,” a spokesperson for the premier’s office, Ivana Yelich, said on Wednesday morning. 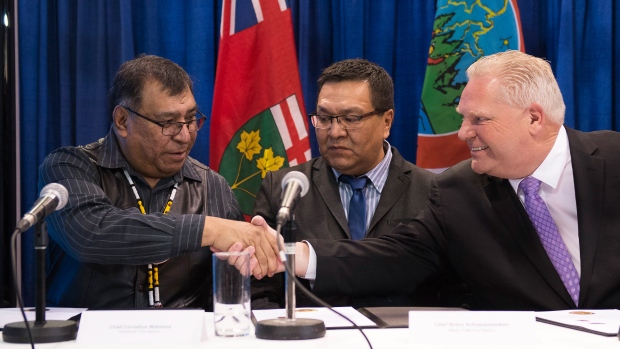 Ford, along with Minister of Energy, Mines, Northern Development and Indigenous Affairs Greg Rickford, were in attendance of the Prospectors and Developers Association of Canada (PDAC) conference on March 2 at the Metro Toronto Convention Centre (MTCC).

Two prominent Indigenous Chiefs from Marten Falls and Webequie First Nations were also in attendance, signing an agreement with the Ontario government to begin development of a Ring of Fire access roadway.

As well, Prime Minister Justin Trudeau was at the conference. He made a speech at the downtown Toronto venue on March 2.

Mining has long been a building block of the Canadian economy. And now more than ever, it has an important role to play in our transition to a cleaner future. Today at #PDAC2020, we spoke about the opportunity Canada has to be the world’s cleanest supplier of metals & minerals. pic.twitter.com/cs27PXMMmD

Federal Natural Resources Minister Seamus O’Regan was also in attendance of the conference.

On Tuesday, he wrote that he has been experiencing a “persistent head cold for a few days” and is therefore in self-isolation.

I've had a persistent head cold for a few days so, as a precaution, I saw a doctor.

They recommended a test for COVID-19. I'm not aware of contacting anyone infected, but was told to remain in self-isolation until we get the results.

A spokesperson for the minister said O’Regan has been tested for COVID-19 and is awaiting the results of the test.

On Tuesday, health officials confirmed that a Sudbury man, who travelled to Toronto last week for the conference, has tested positive for COVID-19.

According to a news release, the man, who is in 50s, was experiencing a cough and shortness of breath before he presented himself to the emergency department at Health Sciences North on March 7. He is an employee with Northern Development and Mines.

Officials said the man travelled to the conference in his personal vehicle on March 1 and drove home on March 4. He went to work on March 5 and March 6 before presenting himself to hospital the following day.

The man did not travel abroad.

The mining and mineral conference, which took place from March 1 to 4 at the MTCC, brings in an attendance of nearly 26,000 people from 132 countries, according to the PDAC website. 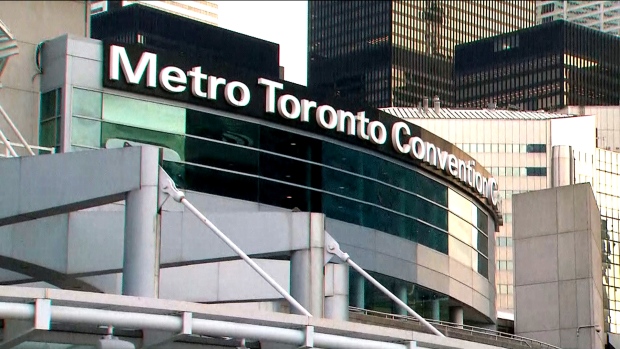 In light of the global spread of COVID-19, the website listed a number of health measures followed for this year’s event. Those measures included cleaning “high-volume touchpoints,” such as touchscreens and door handles, as well as an increase to the availability of hand sanitizer.

Symptoms of the virus are similar to other respiratory infections, according to health officials, and can include fever, cough and difficulty breathing.

Anyone who develops any symptoms of the virus is advised to self-isolate and contact their local health unit.

There have been 41 cases of COVID-19 confirmed in the province thus far, including five patients who have recovered.

Ontario health officials have continuously stated that COVID-19 is “not circulating locally,” but given the “global circumstances” they are working with city and health partners “to plan for the potential of local spread.”