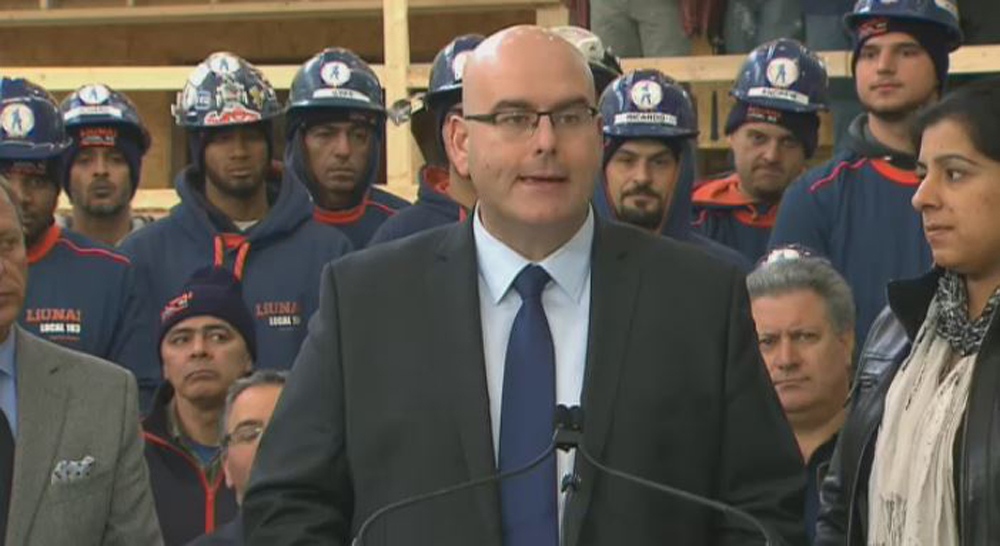 The province is moving ahead with a plan to put Ontario’s first electronic high-occupancy toll lane on a planned extension of Highway 427.

At a news conference on Thursday, Ontario Transportation Minister Steven Del Duca announced that the province is “moving forward with the next phase to expand and extend Highway 427” with the release of a request for proposals to three shortlisted bidders to extend the expressway from Highway 7 to Major Mackenzie Drive.

The minister also restated that high occupancy toll lane infrastructure will be included in the construction work.

The 15.5-kilometre stretch of dedicated HOT lanes with electronic tolling will operate in both directions on Highway 427, from south of Highway 409 to north of Rutherford Road. It is set to open in 2021.

The lanes will be free for carpoolers, and will allow single-occupant vehicles to use the lanes for a charge.

“And of course, this in turn helps us reduce our greenhouse gas emissions,” the minister said.

The 427 will also be widened for approximately four kilometres in the area south of Albion Road to Highway 7.

Construction is expected to start in 2017, with the road open to traffic to 2020.

Del Duca has said the province has plans for a network of electronic HOT lanes with pricing that is based on time of day and traffic flows.

The minister announced in December a pilot project for a high-occupancy toll lane on the Queen Elizabeth Way between Oakville and Burlington.

Drivers who don’t have any passengers will be expected to pay a toll to use the high-occupancy vehicle lane that is reserved for people who carpool.

The four-year pilot project is expected to start this summer, and “will be used to develop our longterm HOT plans,” Del Duca said Thursday.