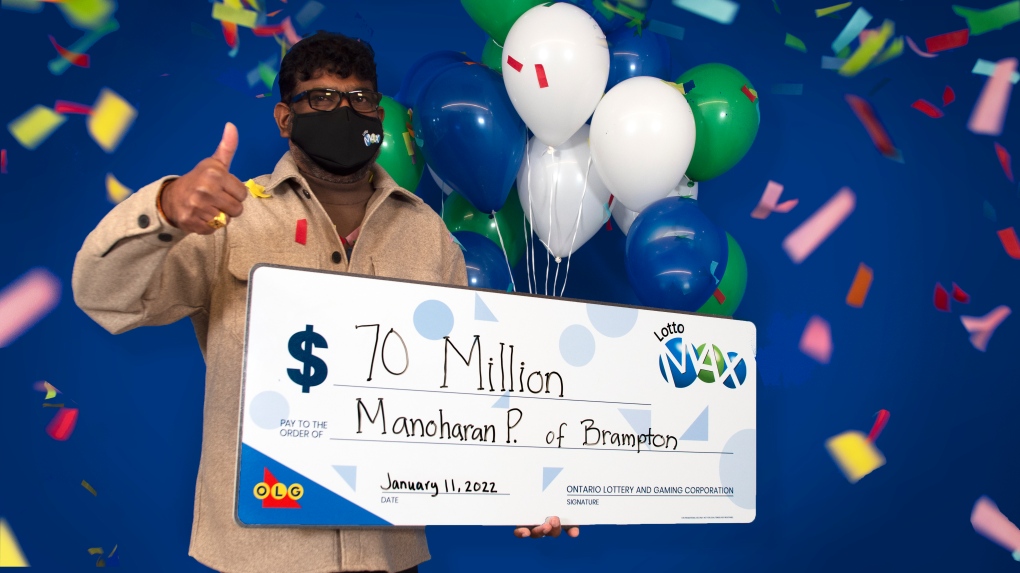 After about 30 years of playing the lottery and dreaming of a winning ticket, the day finally came for a father in Brampton, Ont. who is now $70-million richer.

“I had many dreams about winning it ‘big’ one day and a few times I came close,” said 54-year-old Manoharan Ponnuthurai while picking up his jackpot cheque at the OLG Prize Centre in Toronto.

About 15 years ago, he won $2,800, but he never came close to his current multimillion dollar earnings.

This time around, Ponnuthurai heard the news first: there was a winning ticket in Brampton from the Dec. 17 draw. He pulled out his Lotto ticket and saw his first four numbers were a match.

“I was so shaky I couldn’t continue,” Ponnuthurai said.

He called for his wife and children to help him read the remaining numbers. “As each number matched, my heart was racing faster and faster.”

In shock, he quietly kept saying to himself, “I won. I won!”

While Ponnuthurai is a multimillionaire, he has no plan to retire. As the owner of a small manufacturing company, he has several employees who depend on him for a living. But, his wife is ready to leave her job and head back to school.

At the top of Ponnuthurai’s list of priorities, he wants to spend his $70-million on a new house for his family and explore beaches in Europe set on the coast of the Mediterranean Sea.

“I am so happy about my family’s future. Whatever we decide to do, we will do it as family and that is the most important to me!”