TORONTO -- Despite Ontario drivers being told they don't need to renew their expired licence plate stickers there is still at least one way motorists could be slapped with a hefty fine.

And police departments in Ontario have been told they're not allowed to ticket anyone for having an expired sticker.

But now Ottawa resident Louis Caron says he is in the process of fighting a $489 ticket from Quebec authorities for exactly that reason. The 57-year-old year received a ticket in the mail after driving to a cottage in Quebec last September, two weeks after his licence plate sticker had expired.

On the way home from the cottage, Caron said he quickly stopped in Chelsea, near the Ont. border, to grab some bread. He didn’t know an officer ticketed him while he was parked until it arrived a few day later in the mail.

Caron said he's frustrated with the ticket because he didn't renew his sticker as he was under the impression that it was not necessary.

He has contacted police in Quebec, who have told him the ticket can't be dropped without him going through the formal legal process.

"There's no guarantee now it's going to be put aside," Caron told CTV News Toronto on Thursday. "I'm still waiting for a court date and then I’ll have to show up at the court in Chelsea and they may say 'Well, sorry, your plate has expired. We don’t care what Ontario says.'"

"I'm not happy about this." 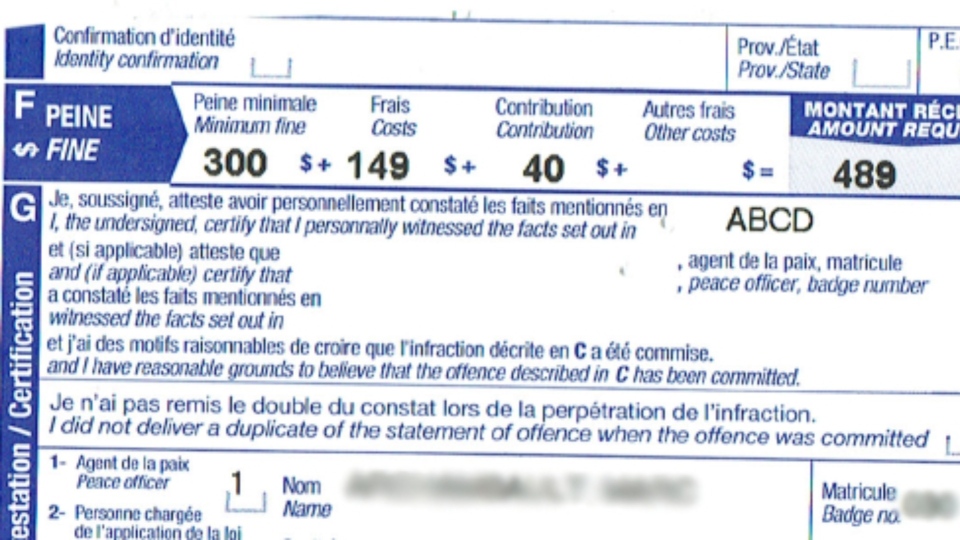 In a statement to CTV News Toronto, Ontario's Ministry of Transportation said that while they have "informed law enforcement in Ontario and in other jurisdictions about the extended validity of Ontario's driver and vehicle products" they still recommend renewing licence plate stickers when leaving the province.

"We strongly encourage everyone to renew their driver’s licence and licence plate stickers online where possible, especially if you need to travel outside Ontario for essential purposes this winter," the ministry said.

The Ministry of Transportation also said that licence plate stickers can be renewed online.

"I think this is unreasonable," Caron said. "I just want the ticket dropped."