“For the last nine years or so on my bank I’ve been building these structures,” he told CTV News Toronto. “They’re eight or 10 feet high, and seem to create some fun for the community.”

His sculptures have ranged from Olaf the Snowman to Baby Yoda. This year, Morris decided he wanted to encourage others to play in the snow, too.

“I was sitting around like everyone in the pandemic and just you know concerned about kids and the level of activity,” he explained. “I said, man I’d love to get the word out to give kids another option for this coming winter. So I decided to create a snow sculpting club.”

After the first snowfall of the season, Morris began creating instructional videos to teach kids how to build sculptures in their own front or backyards. He shows them how to pound, sinter and carve the snow using items most already have at home. In the fall, he also built more than 80 “pounders” and distributed them in his local community.

“I came up with eight badges that kids could earn while learning snow sculpting skills,” Morris said. “I have parents sending me pictures of their kids colouring their little badges before they cut them out and put them on their little certificate that they printed off my website.”

The snow sculpting club is free to join, and kids have participating from across Canada and in parts of the United States.

“I really like it,” 11-year-old club member Stella said. “It’s kind of still a way to connect to the community, even though you’re not like talking and seeing people.” 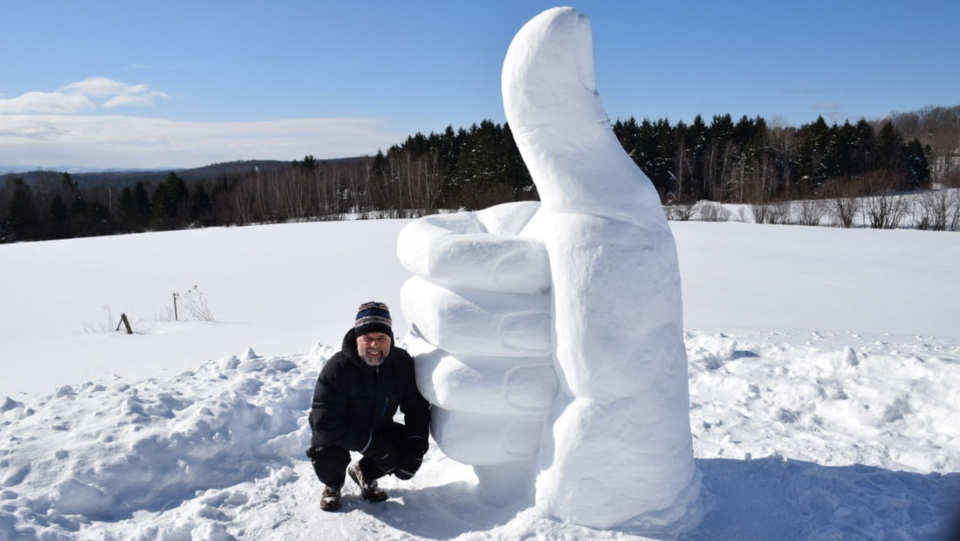 “[Matt] provided something for people to do in the time when they don’t really have stuff to do,” 13-year-old Wesley, another club member, said. “Most people would be sitting at home doing nothing, but they can do the snow sculpting club now.”

Morris said most people think that you need packing snow to make sculptures, but that his magic trick is using non-packing snow.

On snowy days, Morris said it makes him happy that families will be able to use his resources to have some fun and try something new. 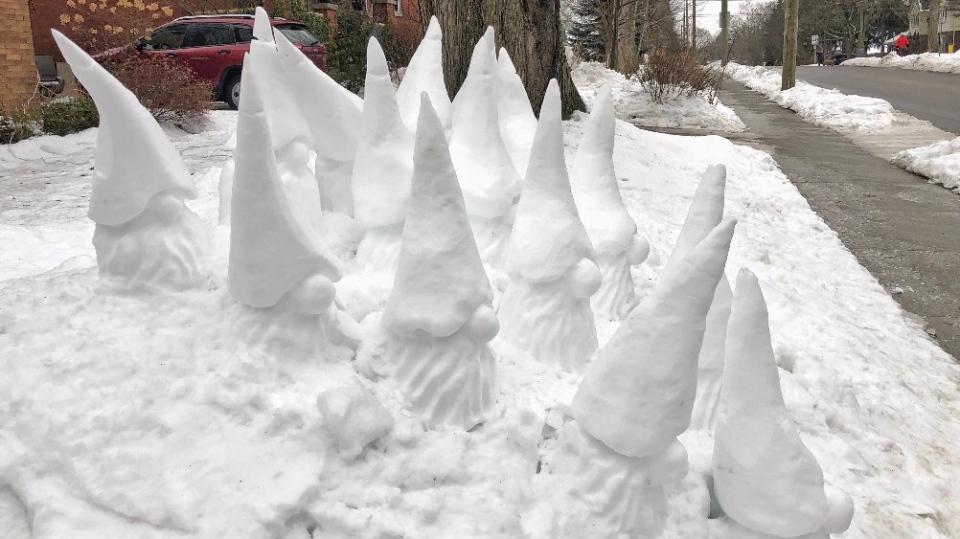 “If I can do my little part by giving some people another option for winter, then maybe that’ll help us get through this,” he said. “Because it’s a tough time, and it’s going to be a tough winter.”

“Just getting the pictures of some of the things people are making, and the connections people are making with this whole idea, it’s just really satisfying,” he said. “It’s just a great way to have a little bit of fun, at a distance of course.