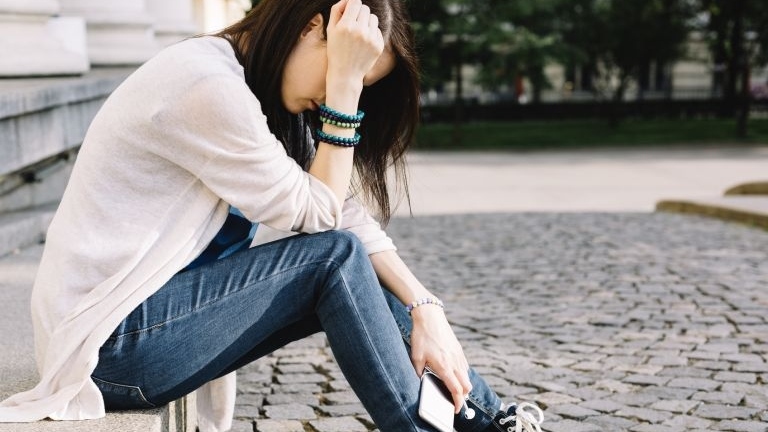 Teenage girls are more likely to suffer from depression if their fathers suffered post-natal depression, according to new research. iStock.com pic via AFP

Ontario is investing $3 million over the next three years into a new mental health initiative called "Project Now."

The aim of the new initiative is to end child and youth suicide in Mississauga by 2029.

The money will go towards establishing standardized screening tools for diagnosing mental illness, supporting healthcare workers, reducing wait times for services using technology and helping families navigate a system that, in the past, has been fragmented.

Maria Estrada, 24 knows how difficult navigating the system can be. Estrada immigrated to Canada from Peru with her mother and older brother, and she found that cultural barriers prevented her from getting the help she needed when she was 12 years old and starting to struggle.

“I attempted suicide five times and I overdosed three times separately to my suicide attempts,” she said.

But somehow, through the love and support of people around her, she overcame her struggles and now works with children and youth who are dealing with mental health. 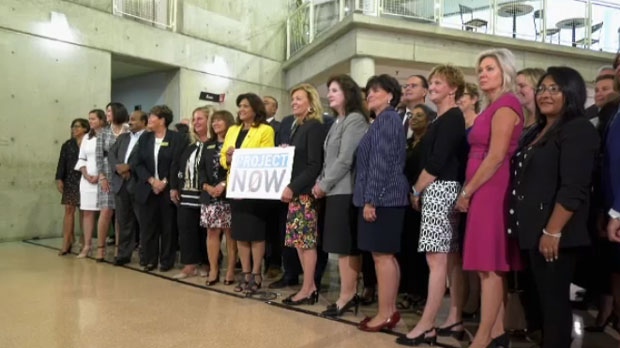 A ceremony was held at the Mississauga YMCA on Sept. 10, 2019, in support of Project Now.

In a ceremony at the Mississauga YMCA on Tuesday, Estrada was chosen to pass around a blue ribbon connecting the various participants in Project Now. The ribbon symbolizes the partnership needed to eliminate stigma and reduce child and youth suicide in Mississauga to zero.

“In 2017, 14 per cent of students in grades 7-12 in Peel Region seriously considered attempting suicide and 4 per cent attempted suicide in the past 12 months, said Peter Joshua, Director of Education for Peel District School Board

According to Peel Regional Police, 10 youth died by suicide in the region in 2016 and 157 young people attempted suicide. That was a 52 per cent jump from just four years earlier. Police say they believe the numbers are continuing to climb.

About 4,000 people across Canada die as a result of suicide each year, which is why Estrada believes that programs such as Project Now are needed.

“Having a project like this, 12-year-old Maria wished she had that.”

Other donors have also contributed more than $3 million for Project Now.