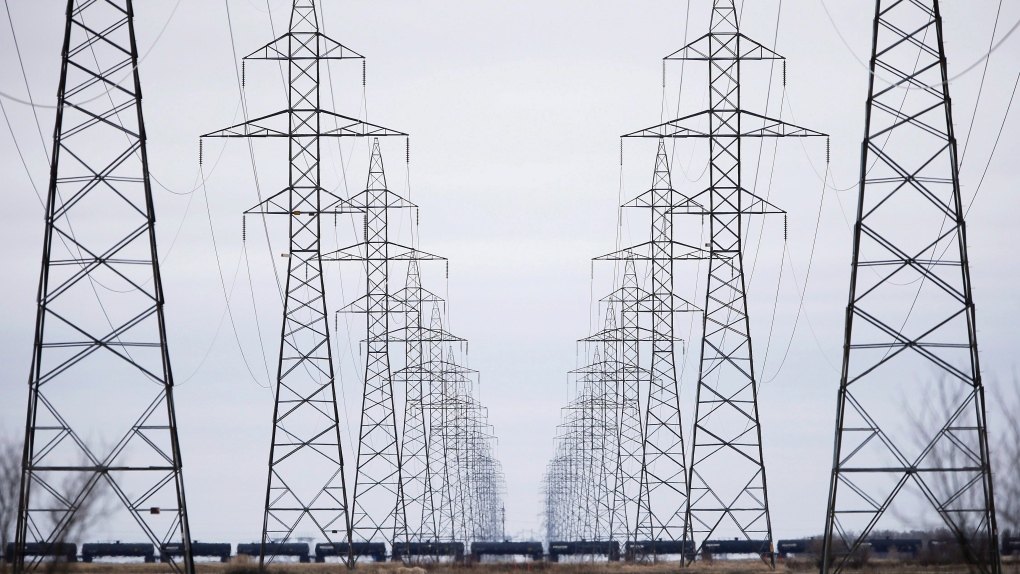 Manitoba Hydro power lines are photographed just outside Winnipeg, Monday, May 1, 2018. Canada's electricity providers say they need to appeal to a younger and more diverse workforce in order to keep the country's lights on. THE CANADIAN PRESS/John Woods

TORONTO -- Ontario residents will now have to pay a fixed electricity price that is higher than the off-peak hydro rate, which people in the province have been allowed to pay so far due to the pandemic.

The announcement, which was made in a news release on Saturday, comes after the Ontario government suspended the normal “time-of-use” billing system on March 24.

The government moved all customers onto the lowest winter rate in response to the pandemic as emergency measures meant more people would be at home during the middle of the day when electricity costs are the highest.

Now, the government has introduced a new “COVID-19 recovery rate” of 12.8 cents per kilowatt hour at all times of the day. The fixed price will be in place from June 1 to Oct. 31.

“Since March 24, 2020, we have invested just over $175 million to deliver emergency rate relief to residential, farm and small business electricity consumers by suspending time-of-use electricity pricing,” Greg Rickford, the minister of energy, northern development and mines, said in a news release.

“This investment was made to protect the people of Ontario from a marked increase in electricity rates as they did their part by staying home to prevent the further spread of the virus.”

Rickford said that the COVID-19 recovery rate is based on the average cost of electricity set by the Ontario Energy Board.

“This fixed rate will continue to suspend time-of-use prices in a fiscally responsible manner,” he said. "Consumers will have greater flexibility to use electricity when they need it without paying on-peak and mid-peak prices."

More information about the new hydro rate is expected to be released on Monday during Ontario Premier Doug Ford’s daily briefing.