Ontario government will table the budget May 2

TORONTO -- Ontario's governing Liberals will unveil a budget May 2 with a lower-than-anticipated deficit of $9.8 billion in 2012-13, Finance Minister Charles Sousa said Monday.

The Liberals forecast a deficit of $14.8 billion in last year's budget, then lowered the figure to $11.9 billion in January.

Sousa acknowledged that part of the drop came from "one-time savings," but said he'll stay focused on their goal to eliminate the red ink in 2017-18 despite lower growth projections.

It's the "most important and fundamental" thing the government can do to secure prosperity in the future, he said in a speech to the Economic Club of Canada.

Economic growth in 2013 is pegged at 1.5 per cent, down from 2.2 per cent, he said. But the government will keep program spending growth under one per cent.

They won't "slash and burn" and impose cuts across the board, nor will they increase spending to unsustainable levels, Sousa said in what appeared to be a veiled reference to the Progressive Conservatives and New Democrats.

"We reject both of these extreme approaches," Sousa said. "We're sticking with what works."

The Liberals are "staying the course" with taxes, he said.

They want to raise money for public transit in the Greater Toronto and Hamilton area to reduce congestion, which will likely include new levies. But residents in northern Ontario and other parts of the province won't pay for it, he said.

He provided some hints about what to expect in the budget, including looking at ways to "implement savings in business support programs and refundable tax credits" that were offered to increase investment and create jobs. But they're not sustainable now, Sousa said.

He'll also look at income testing for other programs -- such as the Ontario Clean Energy Benefit that takes 10 per cent off hydro bills, which was first introduced in 2011

The Liberals brought in the rebates for homes, small businesses and farms in 2011. They were to be phased out when "debt-retirement fees" of around $10 a month come off bills around 2016.

But Sousa quickly deflated the trial balloon, saying ratepayers will still be able to get the benefit next year.

"The hydro bill has a 10 per cent benefit to it, and that will remain," Sousa told reporters.

There was no mention of a 15 per cent cut to auto insurance premiums in Sousa's speech -- a key demand that the New Democrats want to see in the budget in exchange for their support.

With the Progressive Conservatives already vowing to vote against the budget before they see it, the minority Liberals need NDP support if they want to avoid triggering an election.

The Liberals didn't slash anything to beat their deficit targets this year -- they just got lucky, said Tory finance critic Peter Shurman. But that luck's running out.

"If the money's not coming from tax increases and he's not prepared to make significant cuts, how is he planning to balance the budget?" Shurman said.

"Is it a levy, is it a premium, what is it? It's not a tax increase, it's something and I'll be anxious to hear what it is."

"In order to move forward in the best interests of the province, it's essential that we get this budget approved prior to the summer," Sousa said. 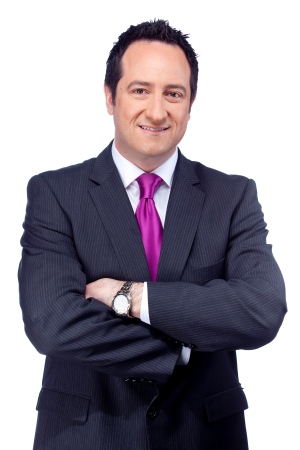 Insider Insights: 5 things we could see in the budget.