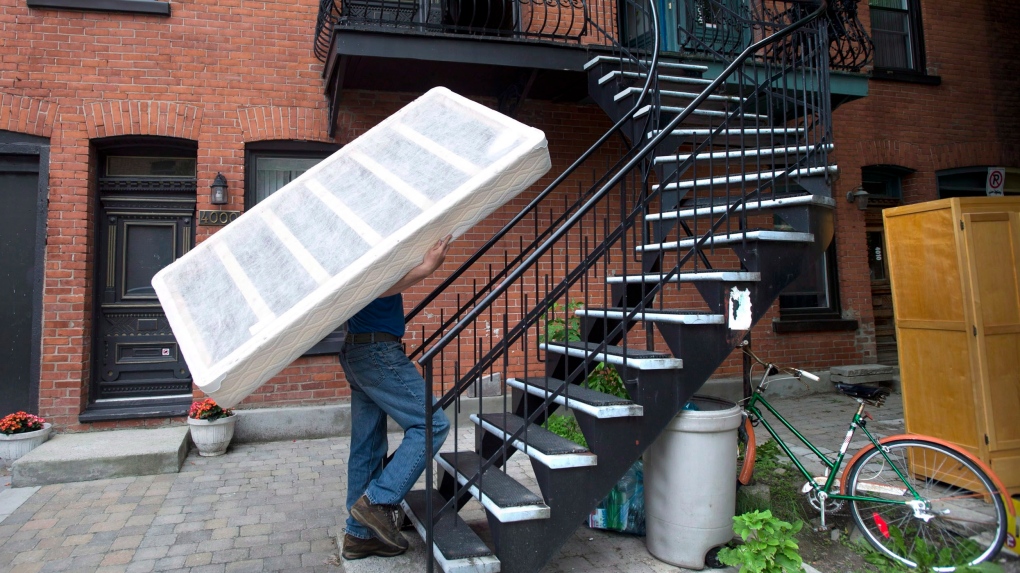 The Ontario government will temporarily not issue any new eviction orders due to COVID-19 and will halt the enforcement of evictions scheduled for this week.

TORONTO -- The Ontario government has confirmed that it will temporarily not issue any new eviction orders due to COVID-19 and will halt the enforcement of evictions scheduled for this week.

The news comes after lawyers, housing advocates and tenants pressured the government to put a moratorium on evictions similar to some cities in the United States.

“No new eviction orders will be issued until further notice,” Jenessa Crognali, a spokesperson for the Ministry of the Attorney General, wrote in an email to CTV News Toronto.

“In addition, sheriff’s offices have been asked to postpone any scheduled enforcement of eviction orders currently set for this week.”

Cole Webber, a legal clinic worker, spoke to CTV News Toronto in an interview before the decision was announced Monday evening and said that a number of his clients were facing eviction, including families and low-income residents.

“We are already in a housing crisis in the city … there are not many available places and rents is very high, [and] so for people, especially low-income people, finding a new place can often be impossible,” he told CTV News Toronto Monday morning.

I am part of the Greater Toronto Clinic Housing Advocates who are calling for a halt on ordering and enforcing evictions during the Covid-19 outbreak @douglasdowney @ONAttorneyGen pic.twitter.com/odFrpwTXIm

“Clients always express worry about being evicted from their home, the eviction is always devastating and traumatic, but only more so in the context of a public health crisis.”

He said as health officials stress the importance of staying home and away from crowded areas, the option to do so would be impossible for people facing eviction in the Greater Toronto Area.

In order for a tenant to be evicted from a home in Ontario, the landlord must apply to the Landlord and Tenant Board for an eviction order. If a hearing is scheduled, the board can then decide to issue an eviction order.

The order is enforced through a municipal sheriff's office, which means that the sheriff could come unannounced or not and change the locks of a family’s home.

If the sheriff locks someone out, they only have 72 hours to make arrangements to get their belongings.

The government has halted all enforcement of pending evictions for this week, but has not yet said what will happen after.

“The Government of Ontario’s top priority is the health and well-being of Ontarians and we are actively looking at all tools and options to protect families and individuals as the public health situation evolves,” Crognali said.