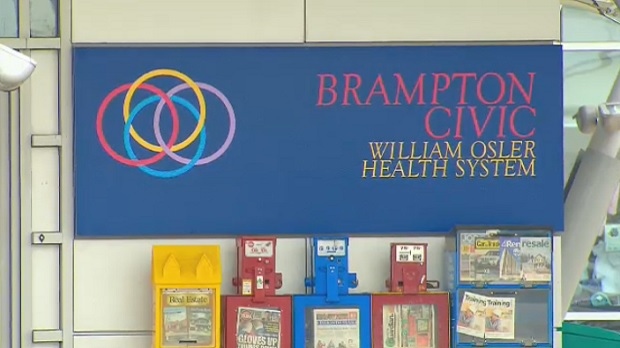 TORONTO -- An Ontario critical care doctor alleged he was sacked from his position at William Osler Health System for criticizing the province's pandemic response.

Dr. Brooks Fallis, who was the interim medical director of critical care at William Osler, said in a statement to CP24 Wednesday evening that he was disappointed with the decision of the hospital to terminate his contract.

"When I met with some of the members of the senior leadership team about this, I was told I was being let go as Interim Medical Director - not because of my performance as a physician or as a hospital leader - but because of my outspoken, public statements regarding Ontario's pandemic response," Fallis said.

"As a result of my actions, the hospital was under pressure from the provincial government, leading to concern about the possible loss of funding for the hospital."

The doctor said his termination came as a surprise as he only received positive feedback over the year in the role. In fact, Fallis noted that he already had received a contract extension.

Recently, Fallis has called on the province to focus on containing the UK coronavirus variant. He tweeted that officials should be “laser focused on containing B.1.1.7.”

“If we wait for more data to act we will be unable to regain control & sustained reopening of the economy & schools may become impossible,” Fallis tweeted on Jan. 23 after the variant was detected at a Barrie long-term care home dealing with an outbreak.

Despite his termination, Fallis said he does not regret speaking out.

"As a physician, my greatest responsibility is to care for people. In these times of uncertainty, my only goal in speaking out is to advocate for informed decision making and a better more transparent response to the COVID crisis," he said.

William Osler said they can't comment on human resources matter but refuted Fallis' claim that the hospital was pressured by the province.

"Any suggestion otherwise is absolutely false," a hospital spokesperson said in a statement to CP24.

"Currently, the medical director of Critical Care role at Osler is an interim one, and we have recently announced the launch of a comprehensive, open process to recruit a physician for this position permanently."

While he has been removed from the position, the hospital said Fallis will continue to be a critical part of their COVID-19 response efforts.

Meanwhile, 23 ICU doctors at William Osler sent a letter to senior management, expressing concern about their decision to oust Fallis.

"The ICU physician group is shocked and saddened by this news. Over the past year, Dr. Fallis has been an exemplary leader, not only for the ICU but for Osler as a whole," the group wrote in the letter.

"He has taken a leading role in shaping our institutional response to the pandemic and has been a constant source of support for the ICU physicians and staff."

Furthermore, the group wrote that it does not understand and does not support the decision.

"We feel strongly that this decision does not serve the best interests of our patients, staff, or the institution. We urgently request the opportunity to discuss this with you, by videoconference, given the limitations imposed by the pandemic."

CP24 has reached out to the province for comment.