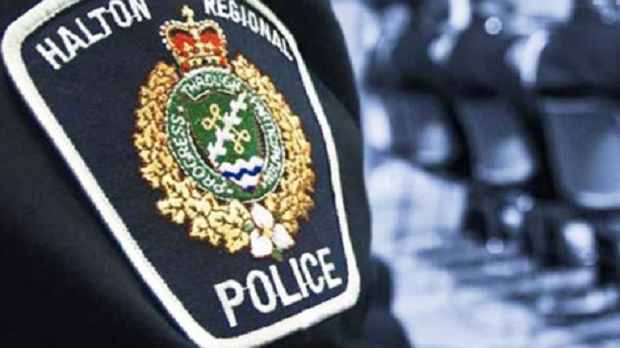 TORONTO -- A quarantine screening officer who allegedly demanded cash from a woman before sexually assaulting her at her home faces related charges, police said on Wednesday.

The accused had been trained by the Public Health Agency of Canada as a designated screening officer under the Quarantine Act, Halton regional police said.

According to a police statement, the accused was doing a quarantine compliance check at a home in Oakville, Ont., on Feb. 18.

"The accused informed the victim that they were in violation of the quarantine order and demanded that a fine be paid in cash," police alleged. "When the victim declined to pay, she was sexually assaulted by the accused."

Police said they arrested a man they identified only as Hemant, 27, of Hamilton, on Tuesday. He has been charged with sexual assault and extortion.

Police refused to disclose the name of the security company that employs the man, but said he had been suspended.

Const. Steve Elms, a police spokesman, said the accused, who is on bail pending a court appearance March 23, apparently goes only by one name.

The investigation was prompted by a complaint from the alleged victim, said Elms, who had no other details.

The Public Health Agency of Canada did not immediately respond to a request to comment.

All people entering Canada are required to isolate for 14 days.

Designated screening officers visit quarantine locations to confirm the person is where they said they would be in quarantine when they arrived in the country. Failure to comply can result in fines.

Screening officers, contracted by the Public Health Agency of Canada, are not police officers and have no authority to issue a ticket or arrest anyone.

As a result, police said, screening officers should never be demanding payment of any kind during a quarantine-compliance check.

Issues have previously arisen with quarantine guards. Last year, private security contractors at a quarantine hotel in Melbourne, Australia, were accused of sleeping with guests, the Herald Sun reported.