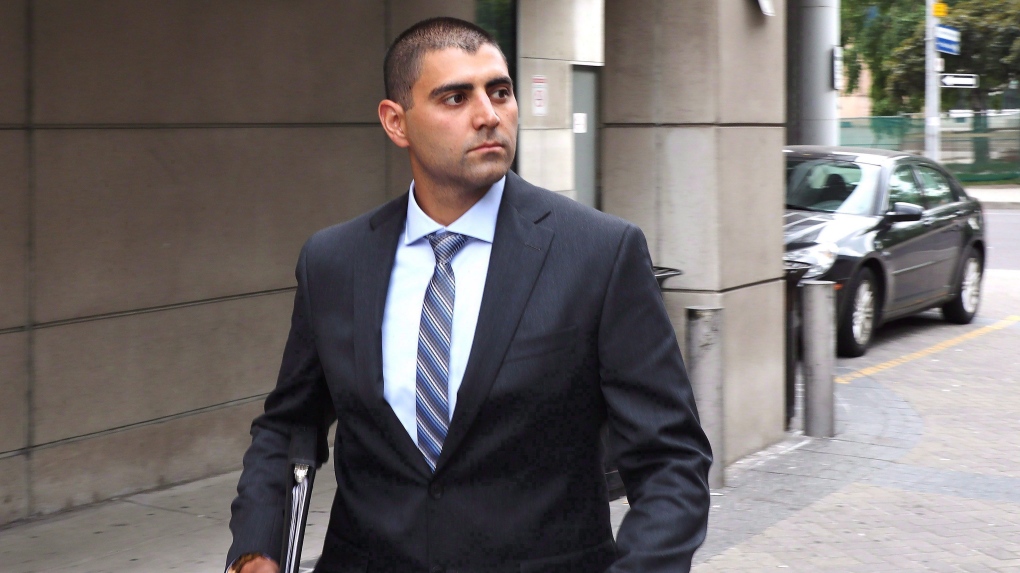 TORONTO -- A homeowner who gunned down a would-be car thief seconds after a driveway confrontation will again have to stand trial on second-degree murder, Ontario's top court ruled on Wednesday.

In its unanimous decision, the Court of Appeal found the trial judge was wrong in how he instructed the jury that acquitted Peter Khill, of Binbrook, Ont. Khill had argued he was acting in self-defence when he fatally shot John Styres in the early hours of Feb. 4, 2016.

"The trial judge failed to instruct the jury to consider Mr. Khill's conduct during the incident leading up to the shooting of Mr. Styres when assessing the reasonableness of that shooting," Justice David Doherty wrote for the court.

The case initially took on racism overtones because Styres was Indigenous, although there was no evidence Khill knew that when he opened fire.

In a statement, Styres' partner and the mother of their two daughters, said she hoped Khill would yet be held accountable for what he did.

"When I heard the decision it felt like a weight had been lifted off of me," Lindsay Hill said. "(But) this is not justice, but rather a step towards getting the justice we all deserve."

Khill had argued at trial that his four years of training as an army reservist had kicked in when he instinctively grabbed a loaded Remington shotgun in his bedroom and went barefoot outside into the frigid darkness wearing a T-shirt and boxers to confront Styres.

Within seconds of spotting Styres leaning into his 15-year-old pickup truck, Khill yelled "hands up" and opened fire twice from just a few metres away, hitting him squarely in the chest. Styres, 29, who had no gun but may have had a screwdriver, died almost immediately.

Only then did Khill's girlfriend call 911 to the semi-rural property on the edge of Hamilton.

Khill, who was 26 at the time of the shooting, testified in his own defence that he had no choice but to open fire on Styres, a father of two from Ohsweken, Ont., on the Six Nations of the Grand River reserve, about 30 minutes away.

Under the laws of self-defence, a person can use reasonable force to alleviate a threat to themselves or others. But the prosecution argued that Superior Court Justice Stephen Glithero failed to instruct the jury properly about the role Khill played in bringing about the confrontation, not just what he was thinking at the moment he opened fire.

"Mr. Khill's role in the incident leading up to the shooting was potentially a significant factor in the assessment of the reasonableness of the shooting," the Appeal Court said.

While the prosecution didn't raise any objections when Glithero charged the jury, the Appeal Court said Glithero's error had a material bearing on the June 2018 verdict. This error alone, the court said, warranted setting aside the acquittal.

The court rejected other prosecution arguments, including one that the jury should not have been allowed to consider Khill's military training, or that Glithero didn't properly explain the legal parameters of self-defence.

Khill still faces an ongoing civil lawsuit in which Styres' relatives are seeking more than $2 million in damages. Their lawyer, Rob Hooper, said Khill has refused to be examined until the criminal case is resolved.

"We will continue to fight this injustice and fight for fair trials for Indigenous people in Canada," Hooper said.

This report by The Canadian Press was first published Feb. 26, 2020.