Ontarians could face restrictions if they refuse to get COVID-19 vaccine, health minister says

TORONTO -- Ontarians who refuse to get the COVID-19 vaccine when it's available could face restrictions, the province's health minister says.

While Christine Elliott said the vaccine will not be mandatory in Ontario, things like travel and access to communal spaces like movie theatres could be restricted.

"There may be some restrictions placed on people that don’t have vaccines for travel purposes, to be able to go theatres and other places," Elliott said at Queen's Park on Tuesday. "That will be up to the individual person to decide whether they want to receive the vaccine to be able to do these things or not."

Elliott said Ontario will issue government documentation so that people can prove they have received the vaccine. She says the documentation will be "essential" to have as the province emerges from the pandemic.

She believes there are two types of people who are hesitant to receive the vaccine, “strict anti-vaxxers” and those who don't want to receive it first because they are still concerned about its safety.

"That’s their choice," Elliott said. "This is not a mandatory campaign."

Last week, Ontario's Chief Medical Officer of Health Dr. David Williams told reporters that while the law is clear that they can't "force someone to take a vaccine," mandatory proof of immunization may be required in some settings.

Williams said proof of immunization against COVID-19 could allow "freedom to move around" and access to facilities like long-term care. He said he believes it will also become required for attendance in schools.

On Monday, Ontario unveiled out details about how the COVID-19 vaccine will be rolled out in the province.

"Our first shipments of a very small number of doses could arrive as early as next week," Premier Doug Ford said.

The province announced that once approved by Health Canada, Ontario will roll out the vaccine in three phases, beginning with long-term care, retirement home residents, and the staff who provide care to those groups.

Health-care workers, including hospital workers, and other staff who work or study in hospitals will be vaccinated in the first few months of the program as well, the government said. 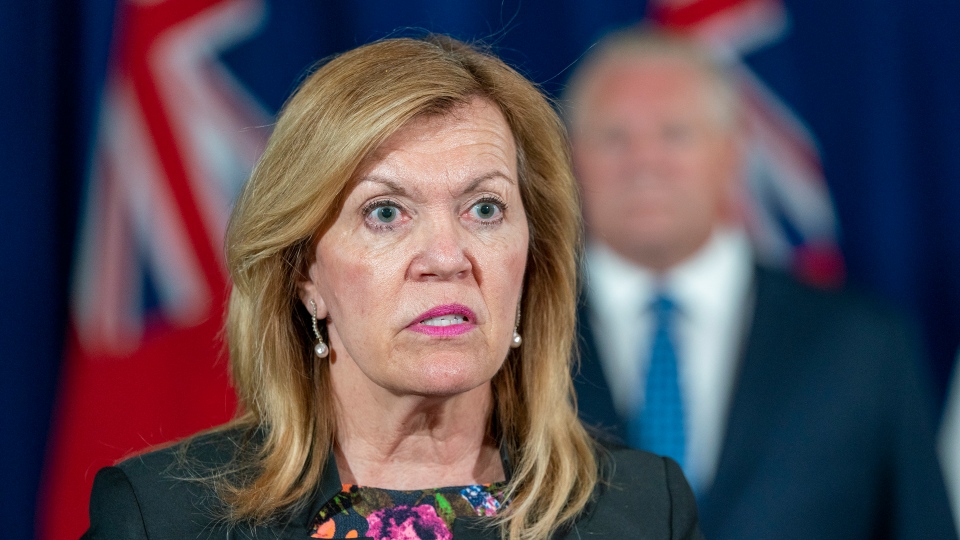 Adults in Indigenous communities, including remote communities where risk of transmission is high, and adult recipients of chronic home health care are also included in those first to get the vaccine.

The chair of the COVID-19 vaccine distribution task force, retired Gen. Rick Hillier, said on Thursday at Queen's Park that the first phase will take about two to three months.

The vaccine will then be rolled out to a wider group, with it becoming eventually available to anyone who wants it receive it.