At least one of four illegal marijuana shops closed by City of Toronto officials has reopened.

Over the past several days, Toronto police and bylaw officers from the city’s Municipal Licensing and Standards division have been conducting enforcement raids at the four weed shops that operate under the “CAFE” brand. 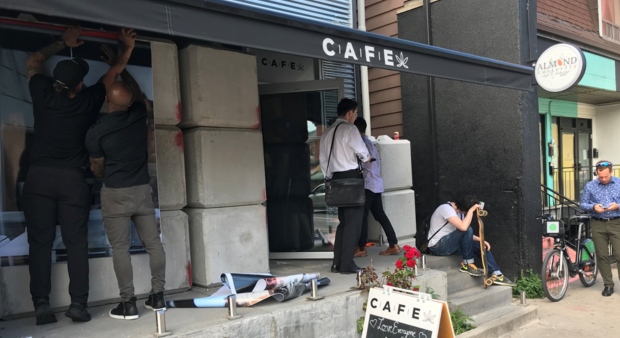 Staff at the newly re-opened CAFE weed shop on Harbord St. install a life sized photo of the window that was blocked by concrete blocks.

Officials have also tried unsuccessfully to physically close the shops in previous visits.

The solution appears to be large concrete barriers, which city crews placed in stacks in front of the entrances of the four shops. 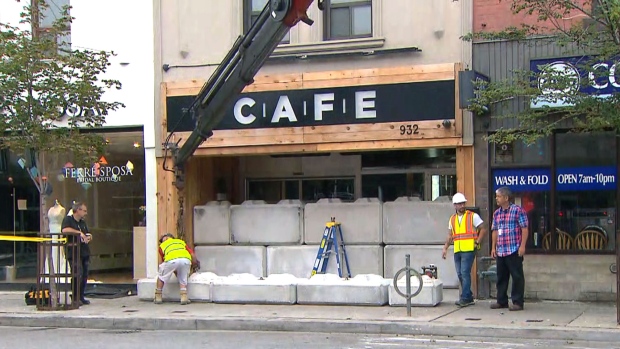 Concrete blocks are seen being placed outside of a CAFE dispensary on Bloor Street West on July 18, 2019. 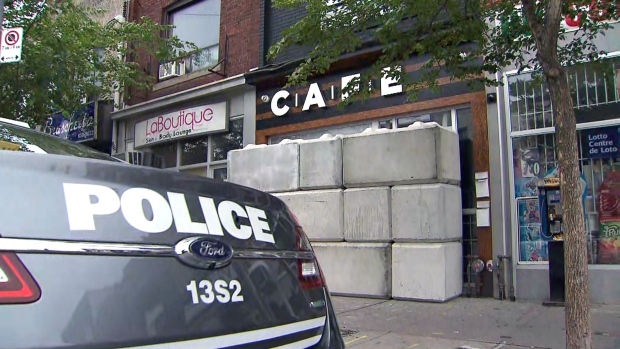 Concrete blocks are seen in front of a CAFE dispensary on St. Clair West on July 18, 2019. 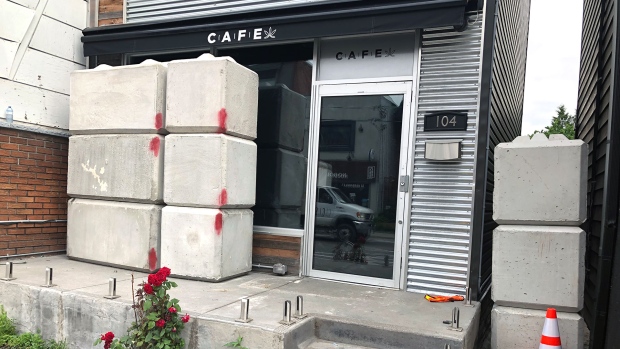 Concrete blocks are seen being placed in front of a CAFE dispensary on Harbord Street on July 18, 2019.

Not everyone was convinced the move would work, with some customers calling the closures “ridiculous.”

“They close it down every other week then they open up a day or two later and I think it is a waste of the city’s resources because cannabis is now legal and there are a lot of people that use it for a lot of legitimate different reasons,” a woman said outside the Harbord Street location on Thursday morning

“So why are they wasting the city’s money and police time to raid a place like this.”

“The only license they have is a license to print money and they just laugh at all of this. They put up these cement blocks and they just remove them,” another woman said.

And by early Thursday afternoon, that’s exactly what had happened.

The CAFE store on Harbord was back open for business, and business was brisk.

A steady stream of people could be seen coming and going from the shop, and a regular rotation of black SUV’s arrived out front to pick up and drop off buyers as part of an improvised shuttle service from the other still closed locations.