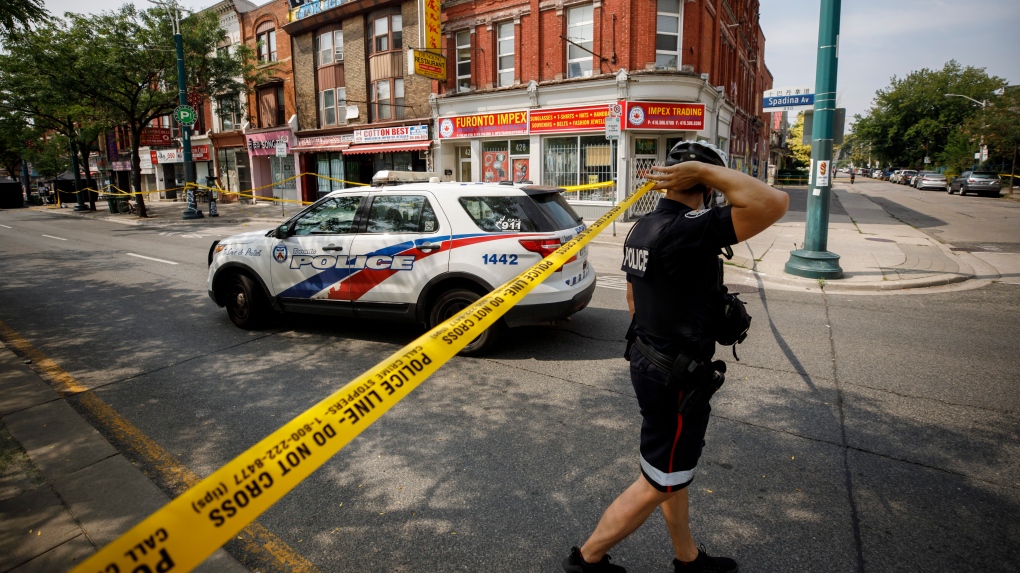 Police work the scene of a shooting in Toronto. THE CANADIAN PRESS/Cole Burston

Toronto’s ombudsman has reached a "landmark" agreement with the Toronto police, granting the impartial official authority to independently investigate the fairness of the force’s policies, procedures and practices.

“This is a breakthrough for local accountability of municipal police forces in Ontario,” Ombudsman Kwame Addo said in a statement on Friday.

“If, as expected, the Toronto Police Services Board approves the Memorandum of Agreement (MOU) next week, Ombudsman Toronto will be able to review the policies, practices and procedures of the TPS and investigate the fairness of their implementation.”

At the time, the ombudsperson called it “the biggest change in police oversight” in the city’s recent history.

It came at a “critically-important time” when public trust in policing reached a low point, now former ombudsperson Susan Opler said at the time.

A Toronto police review released a year later revealed people of colour were 1.2 to 1.6 times more likely to face violence when interacting with Toronto police in 2020, and Black residents were more likely to have a police officer point a firearm at them when they appeared to be unarmed than white people.

“Our work will be fully independent of the Toronto police. We will have full discretion and control over what we investigate.”

Addo will not be able to probe complaints against individual officers or matters under review by other oversight agencies.

“This is the beginning of a new chapter in local police oversight,” Addo said.

An Alberta First Nation is to sign an agreement today with Ottawa giving it the autonomy to administer its child welfare.

Saying 'yes' too much? This expert says letting people down should happen more often

Many people have a hard time saying 'no,' a psychologist says, but the reluctance to let others down has widespread mental health impacts.

'We're all Tyre': Family prepares to lay Nichols to rest

The family of Tyre Nichols plans to lay him to rest on Wednesday, three weeks after he died following a brutal beating by Memphis police after a traffic stop.

Tom Brady retires, insisting this time it's for good

Tom Brady, who won a record seven Super Bowls for New England and Tampa, has announced his retirement.

A suspect in a violent kidnapping in Oregon died of a self-inflicted gunshot wound Tuesday night after being taken into custody following a standoff with law enforcement, a police spokesman said.