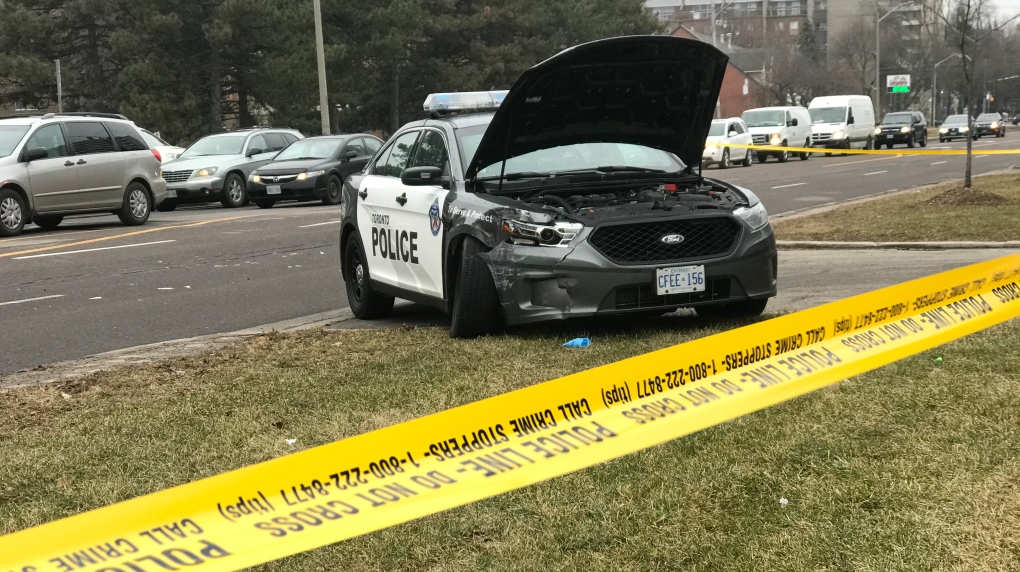 Police are investigating a collision involving a taxi and a cruiser. (Ted Brooks/CTV News Toronto)

TORONTO -- A police officer was taken to hospital in stable condition after a collision involving a police cruiser and a taxi in North York Tuesday afternoon.

Police said the crash occurred near Jane Street and Grandravine Drive at around 1:30 p.m.

The officer was transported to a local hospital in stable condition.

Jane Street is blocked on both southbound lanes, and one northbound lane.

Police have asked drivers to avoid the area.