TORONTO -- Two teenage boys are in serious condition in hospital after the Porsche sedan they were in skidded off the road and split into pieces in Toronto early on Wednesday morning.

Toronto police say that at about 3 a.m. they were called to College Street and Lansdowne Avenue for a report of a crash.

They arrived to find the motor, front bumper and a wheel belonging to a Porsche Panamera sedan stuck to a pole and the remainder of the car about ten metres ahead.

The car's engine had burst into flames. 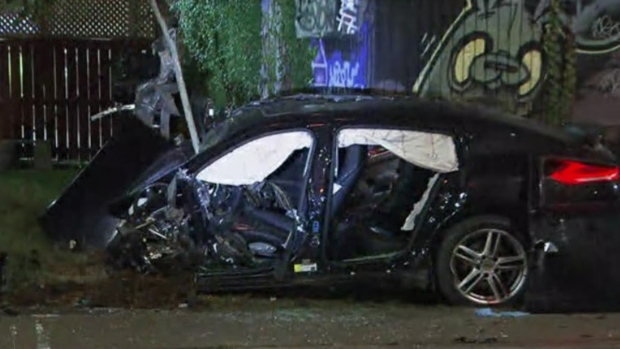 Two teenage boys were taken from the vehicle to Sick Kids Hospital in life-threatening condition while two other teenage occupants of the vehicle suffered less serious injuries.

All injuries have now been upgraded to non-life-threatening.

A nearby resident told CP24 he came upon the crash and pulled several of the occupants out through a poorly-functioning rear passenger door. 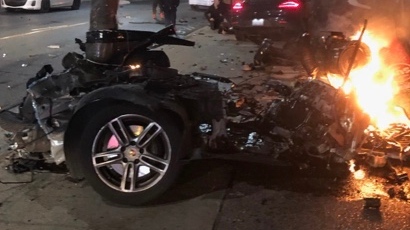 A video obtained by CP24 from a nearby business shows the vehicle streaking through the intersection at a high rate of speed, with a flash of light, presumably from flames, a very short time later.

He and others told CP24 that all of the occupants of the car looked to be under the age of 16. 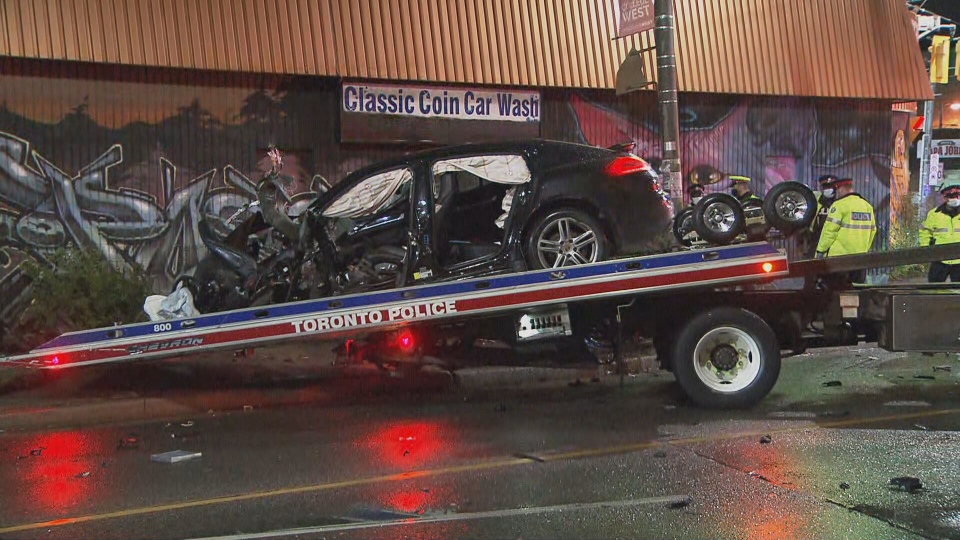 Police said all occupnts of the vehicle were 13-14 years of age.

The Porsche belongs to a parent of one of the occupants.