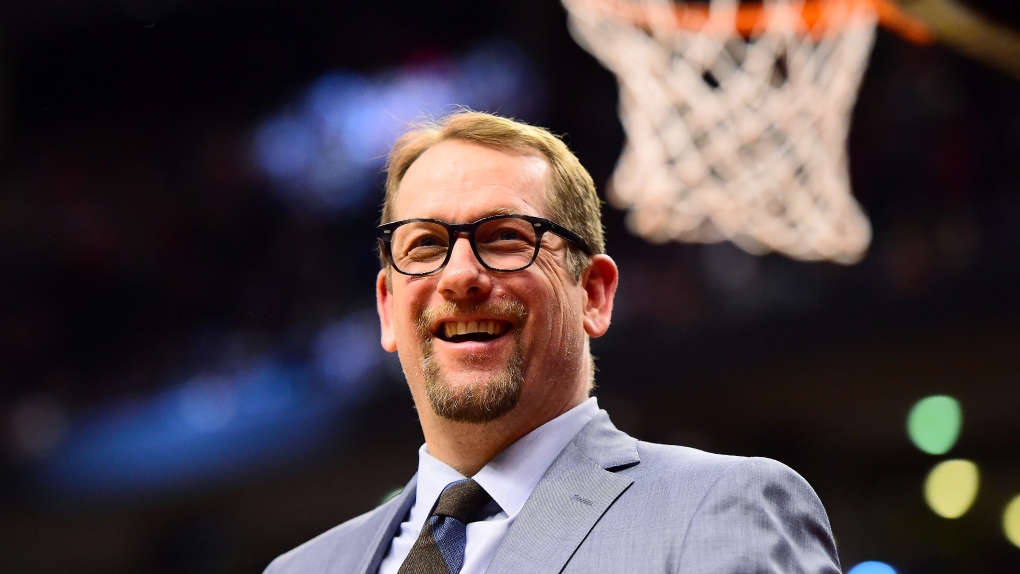 TORONTO -- “The Coach of the Year is staying north of the border,” the Toronto Raptors tweeted on Tuesday following news that head coach Nick Nurse has signed a multi-year contract extension with the organization.

The extension comes less than a month after Nurse was named the NBA’s Coach of the Year for the regular season, in which he lead the raptors to a 53-19 record, the second best in the league.

In his last two years as head coach, Nurse has posted a 111-43 record in the regular season and 23-12 in the playoffs.

Last year he lead the Raptors to the NBA Finals for the first time in franchise history and topped it off with the team’s first ever championship.

The Coach of the Year is staying North of the border.

“The past two seasons have been unlike any other in our team’s history – first, winning our championship, and then navigating a global pandemic and committing long-term to the fight against racism and for social justice,” Raptors president Masai Ujiri said in a news release issued on Tuesday.

“Nick has proved that he can coach on the court and lead in life, and we’re looking forward to accomplishing great things in the future.”

This year, under Nurse’s leadership, the raps set a franchise-record 15 consecutive victories from January 15 to February 10, the longest winning streak in Canadian sports history.

The Raptors reached the Eastern Conference semifinals for the fifth straight year before losing to the Boston Celtics in Game 7 last week.