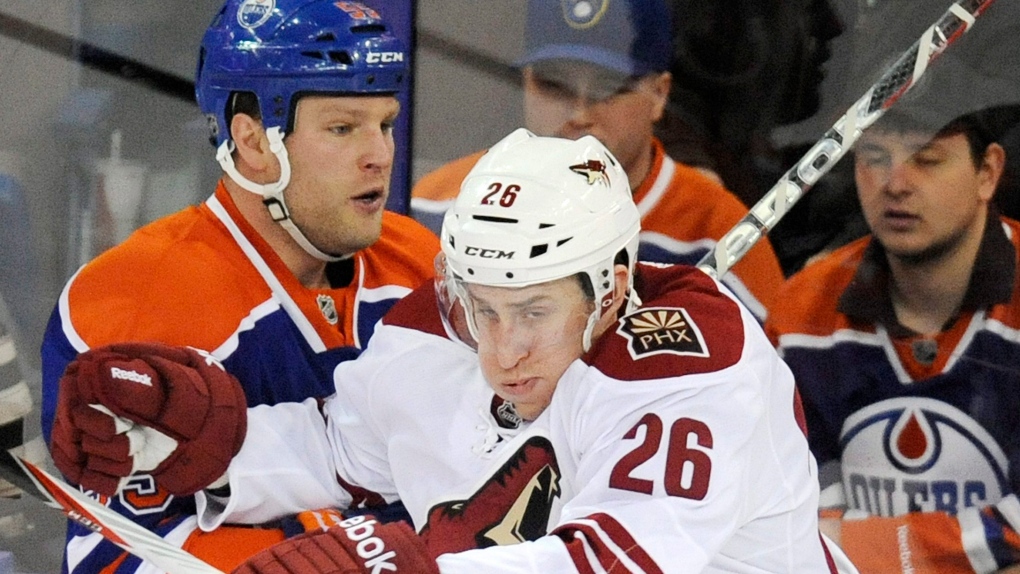 Edmonton Oilers tough guy Ben Eager and his brother, Michael, are facing charges after a weekend fight with a bouncer at a Rosedale pub.

The incident, which was caught on video, began inside the Quail & Firkin pub before moving outside onto Yonge Street at approximately 1 a.m.

Emergency services transported a member of the bar's security staff to hospital for treatment of cuts.

The Ottawa-born Eager and his brother have each been charged with threatening bodily harm, assault causing bodily harm and assault with a weapon.

Eager has a Stanley Cup win under his belt, from his 2010 season with the Chicago Blackhawks, but the six-foot-two left-winger is better known for his role as a tough guy.