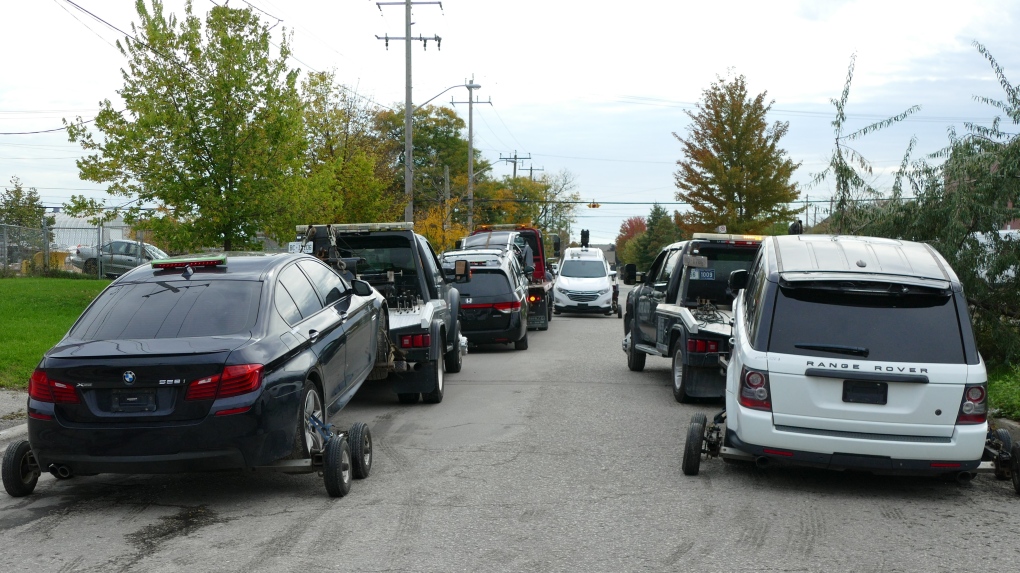 TORONTO -- Nearly 90 stolen cars were recovered and nine people from Ontario and Quebec have been charged in connection with a massive vehicle theft investigation in the Greater Toronto Area.

Throughout the course of the investigation, officers identified nine people believed to be involved in the theft of vehicles. Police say those stolen cars were being shipped overseas and sold.

Police executed search warrants at several locations in Toronto and say they recovered 88 stolen cars worth more than $5 million.

They also seized an unspecified quantity of electronic re-programmers and about $300,000 in cash.

In a news release issued Thursday, York Regional Police said that thieves have recently been using tools like screwdrivers to gain access to vehicles without setting off an alarm.

“Once inside, an electronic device, typically used by mechanics to reprogram the factory setting, is connected to a port below the dashboard and programs the vehicle to accept a key the thieves have brought with them,” they said. “Once the new key is programmed, the vehicle will start and the thieves drive it away.”

Vehicle owners are being urged to keep their vehicle in a locked garage, to use a steering wheel lock and to install a lock on the data port.

Anyone with information is being asked to contact York Regional Police or reach out to crime stoppers anonymously.