National dementia strategy should include input from patients, caregivers: report 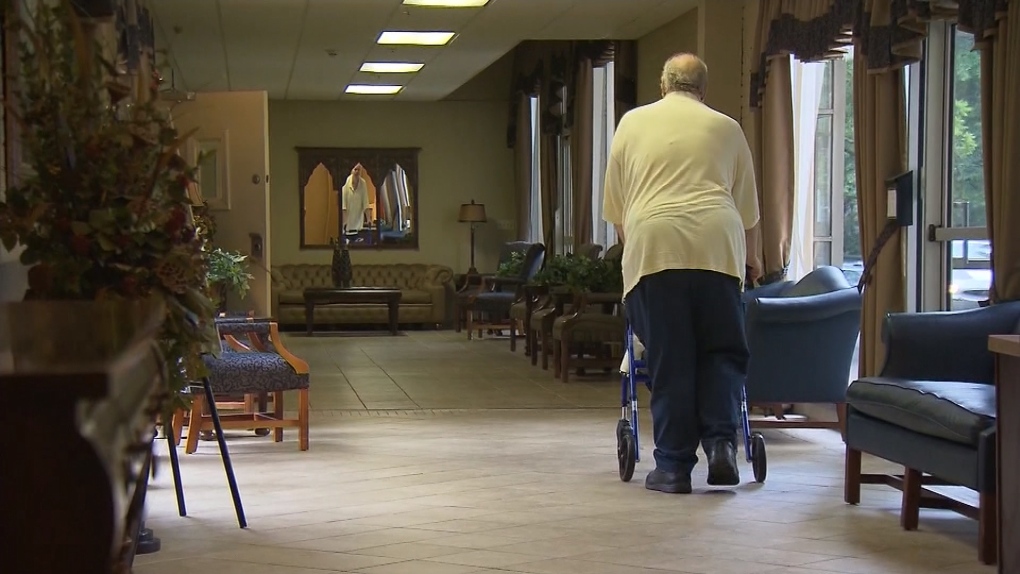 TORONTO -- An expert panel has released a report outlining the best ways to tackle the growing incidence of Alzheimer's and other forms of dementia among Canadians as a basis for the federal government's long-promised national strategy on the progressive brain diseases.

The report by the Canadian Academy of Health Sciences panel, released Monday, is aimed at helping the Public Health Agency of Canada create and implement a national dementia strategy, which is expected to be unveiled toward the end of this year.

"The report is not a plan," said Dr. Howard Bergman of McGill University, who chaired the six-member panel. "It will inform those preparing the plan by looking at the evidence and then assessing the best practices."

More than half a million Canadians are living with dementia. By 2031, that number is expected to nearly double, says the Alzheimer Society of Canada. Two-thirds of those affected by the neurodegenerative conditions are women.

In the document, panel members say quality of life for Canadians living with dementia and their caregivers, as well as access to health and social care, can be improved across all stages of the disease process, which in some people can last for years, even decades.

Basing its overall findings on evidence from individual provinces and national and international policies and best practices in dementia care and support, the report recommends that the development of a national strategy consider seven priorities. They include engaging persons living with dementia, education and support for caregivers, building and supporting the health- and social-care workforce, and supporting research and innovation in all stages of dementia.

Despite the lack of a formalized pan-Canadian strategy, Bergman said the federal government already has a solid basis for creating a plan for dealing with a disease that costs the country an estimated $10.4 billion year. By 2031, that figure is expected to increase by 60 per cent, to almost $17 billion.

"I have often heard Canada doesn't have a dementia strategy," he said from Montreal. "That is false, because we've had provincial dementia plans which compare with the best plans in the world, that began in the 1990s."

The challenge for the Public Health Agency, he said, will be melding best practices from those plans into a national strategy, to support those who may have the most difficulty accessing diagnostic and care services, including Canadians living in rural areas, immigrants, Indigenous Canadians and those within the LGBTQ community.

A national dementia strategy must be flexible and avoid a "one-size-fits-all approach," Bergman said.

Pauline Tardif, CEO of the Alzheimer Society, called the CAHS report "really important" to the development of the national strategy.

"To be really effective, the strategy needs to be guided by what we call best practices in dementia care and support," she said. "So the CAHS report really provides us with that evidence as to what is needed."

Many people living with dementia and their caregivers continue to experience limited access to cognitive evaluation services and often fragmented care, said the report, which recommends the national strategy provide for timely diagnosis of dementia, prompt access to treatment and better and earlier support for caregivers.

That's one of the key issues outlined in the report, said Bergman, "so when you see your parents starting to have memory problems that you don't have to wait a year just to see somebody."

Tardif agrees with the report's conclusion that the formation of any national strategy should include input from people with dementia and their caregivers.

"The most important, I think, is the voice of lived experience," she said.

For Keith Barrett, 59, it took more than two years before he was diagnosed with early-onset dementia after the Ottawa businessman began having increasingly unsettling memory problems that left him frustrated and angry.

"So one of the things that is dear to my heart is the need for there to be better research on diagnosis and treatment," Barrett said of the planned national strategy.

The other key issue is stigma toward people with dementia, which he said he was exposed to "right from the get-go." People would ask if he was still driving and when he would have to quit working.

"And if they know I've been diagnosed, they'll talk to my wife. But I'm right there," said Barrett, who is taking part in the Alzheimer Society's anti-stigma campaign this month.

"Focus on what I can do, not what I can't do," said Barrett, who for now continues to work and drive with the help of a GPS. "And not what I'm going to be able to do in the future."