'Multiple trauma calls a day': A day in the life of an Ornge air ambulance crew

'Multiple trauma calls a day': A day in the life of an Ornge air ambulance crew

Like chains holding our healthcare system together, Ornge Air Ambulances are tasked with covering over a million square kilometres of Ontario landscape, and CTV News Toronto recently went along for the ride on one of their calls.

"What we do is unique," says Capt. Jaret Blowers, a pilot with Ornge since 2005. He adds, "It can be tough, it can be enjoyable. And what it does is, it potentially makes real differences in peoples lives."

Blowers is the pilot and alongside him is first officer Jenny Balon. They work inside the cockpit.

Balon says this job, "is a joy, you never know what the day is going to bring."

In the back are Kevin Joness, with over 30 years of experience, and Curtis McIntyre who just recently became a critical care paramedic.

Critical care paramedics require a special level of expertise. Working with Ornge means they need to be able to care for some of the worst cases, in some of the most remote locations. 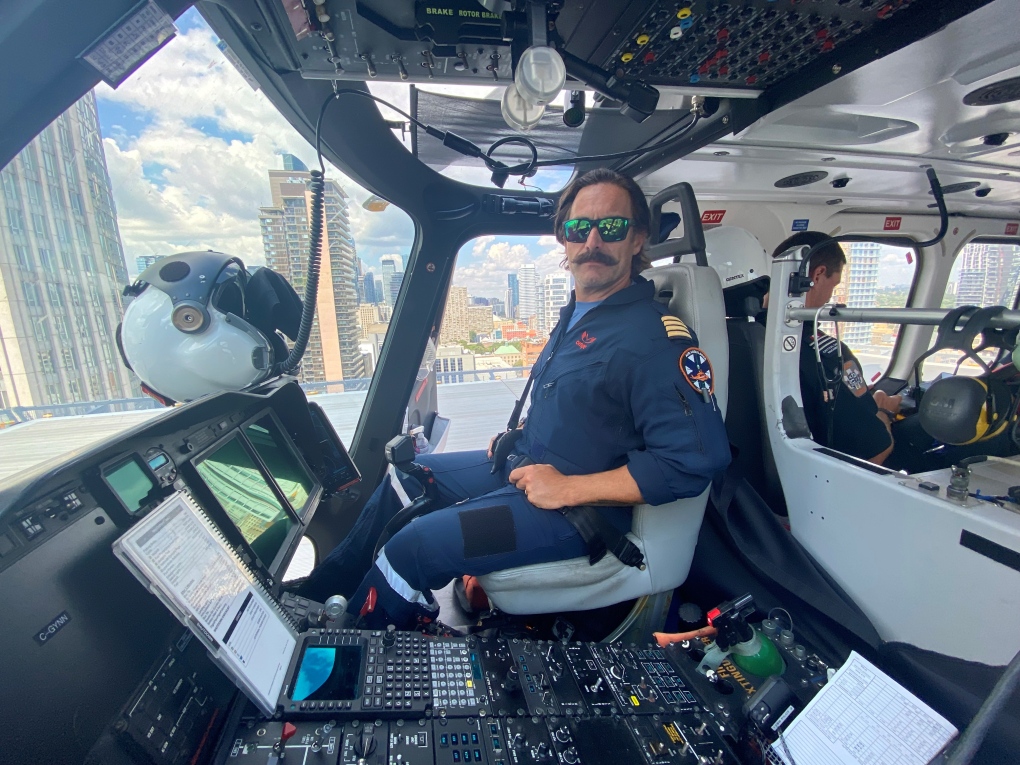 McIntyre, says it is "a larger scope of practice that you kind of have worked up to throughout your whole career."

Crews here work 12 hour shifts. Starting at 7am, this crew is briefed before walking through some safety checks. Stationed out of the Toronto Island airport, this is just one of 12 bases Ornge can fly from.

The summer has been busy, so McIntyre says they come expecting to be active.

"We're out on multiple trauma calls a day," he says. He talked about the wide variety of calls they receive, saying, "I've been on deliveries, very sick ICU patients have been brought into toronto to one of the bigger hospitals."

When a call comes in, the crew take only minutes to gather what is needed and get in the air.

Inside the cabin is tight and loud. Helmets and hearing protection are mandatory as the sound of the propellers is defining. Speaking through the radio, McIntyre shares where they are headed.

"We're going to Parry Sound on a call. To us bring a patient back down to Toronto," he says.

In just 45 minutes the helicopter lands, and Joness and McIntyre head inside for the patient transfer.

The patient is a woman who is having complications after receiving a kidney transplant. The hospital in Parry Sound cannot provide what she needs, therefore she will be moved to St. Michael’s Hospital in Toronto.

After the patient is in the care of Ornge, it takes less than 5 minutes before she is secured into the helicopter and in the air. 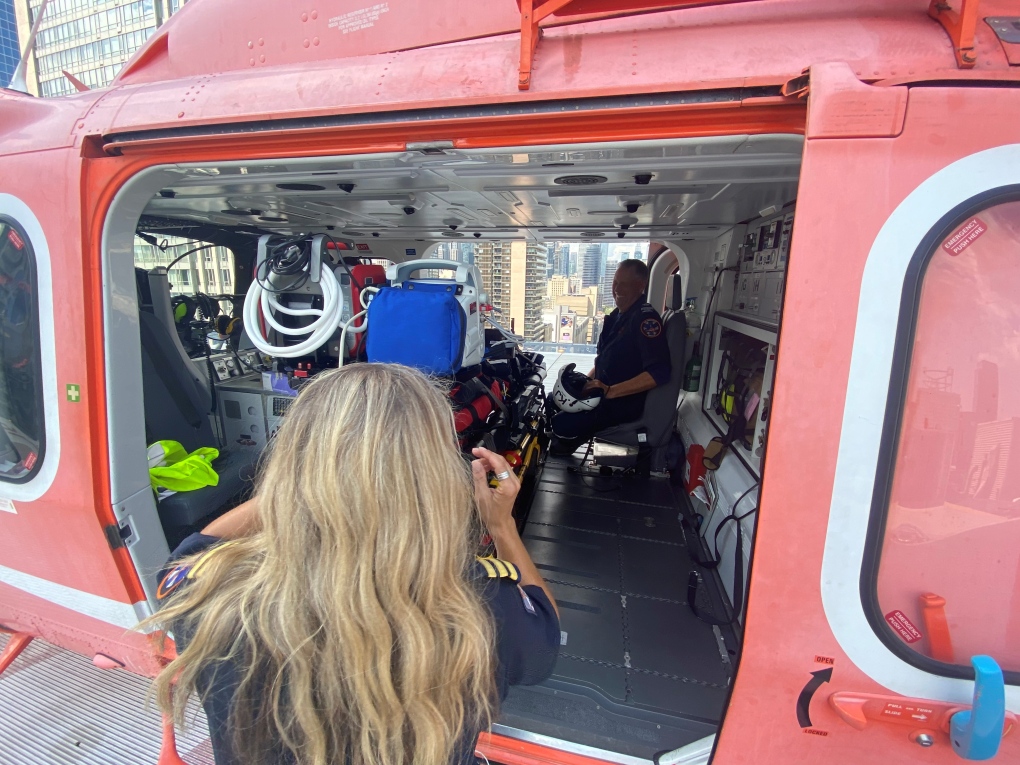 Inside an Ornge air ambulance helicopter. (CTV News Toronto/Sean Leathong)
Each Ornge Air Ambulance is like a miniature hospital, as they have much more medication than a conventional ambulance. There is even a ventilator.

This call requires the crew to land on the roof of St. Michael’s Hospital in the heart of downtown Toronto. The helicopter comes in from the northeast, resting on the helicopter-pad, and inless than an hour the patient is moved to where she can get the best care.

Each call for Ornge could be an emergency. When there is a patient in need of life saving measures their jobs are simple. The paramedics goal is to stabilize, and the pilots goal is to move as quickly as possible.

They know what the risks of this job can be and they also know they can help.

"I can think of quite a few of those, where I positively know, the job we did saved someone's life," says Blowers.

Balon says "when you're there at the right time, it's a great feeling. It's a really great feeling, to be there."

Lifting off from St. Michael's, the aircraft weaves through the skyscrapers on the way back to base. Through the cabin radio, Joness says the view never gets old.

"It's great to see the city and how much it's progressed over the years," he says. He adds, "every time I go up, I always see a new condo. And it's always great at night when it's all lit up, very picturesque."

Just a moment to look, because they never know when the next call will come.