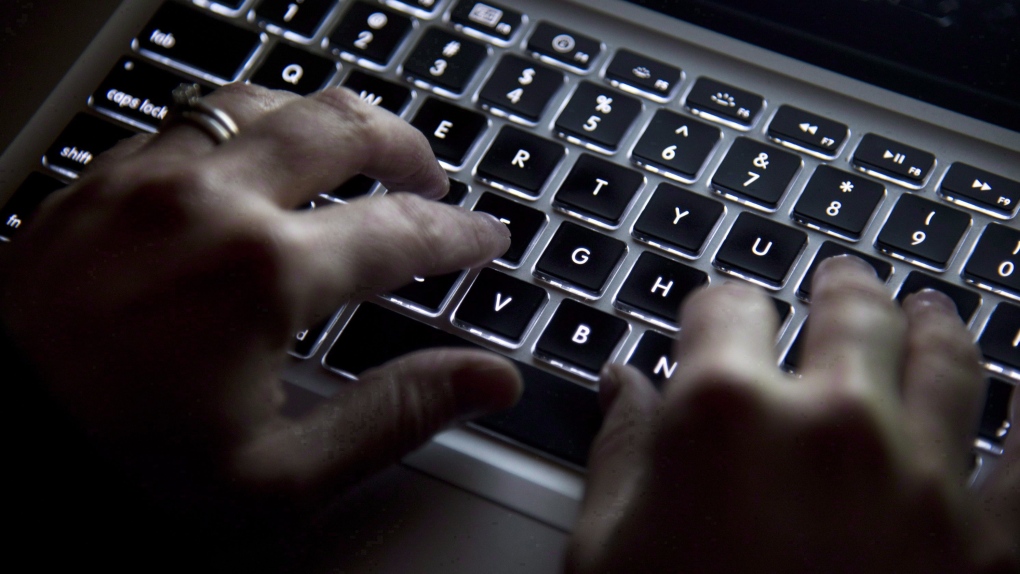 A woman uses her computer keyboard to type while surfing the internet in North Vancouver, B.C. (Photo: The Canadian Press/Jonathan Hayward)

TORONTO -- Police in York Region have issued a warning following multiple reports of people being roped into a sexual extortion scam while using a dating app.

In a news release, investigators with York’s Criminal Investigation Bureau said the scam starts with users being contacted by, or matched with, people on dating apps or social media.

“These suspects begin conversations with potential victims that soon progress into those of a sexual nature,” investigators said Friday.

From there, the suspects encourage the victims to send explicit photos or join a video call with their clothing removed or while performing “sexual acts on themselves” as the event is recorded without their knowledge or consent, police said.

The suspects then allegedly threaten to send the photos or videos to the victim’s friends and family, as well as posting to social media, if they do not receive money by wire transfer.

“In some cases, suspects are using fake photos to pose as someone else, but in other cases the suspects are using their own images and will participate in the video calls, making the victim less likely to recognize the scam,” police said.

Investigators say they believe that there are likely additional victims of these “sextortion” scams (as referred to by police) who have yet to come forward and that such incidents are often under-reported due to “feelings of embarrassment.”

Police are now reminding people to be vigilant when interacting with strangers on dating apps and are advising against clicking on any links in messages on those platforms.

“Remember, not everyone is who they say they are on the internet or dating apps,” police said. “If you do not know a person well enough to trust them with sensitive material, do not share it with them.”

Anyone who believes they have been a victim of this scam is asked to contact police at 1-866-876-5423. Tips can also be left anonymously through Crime Stoppers.