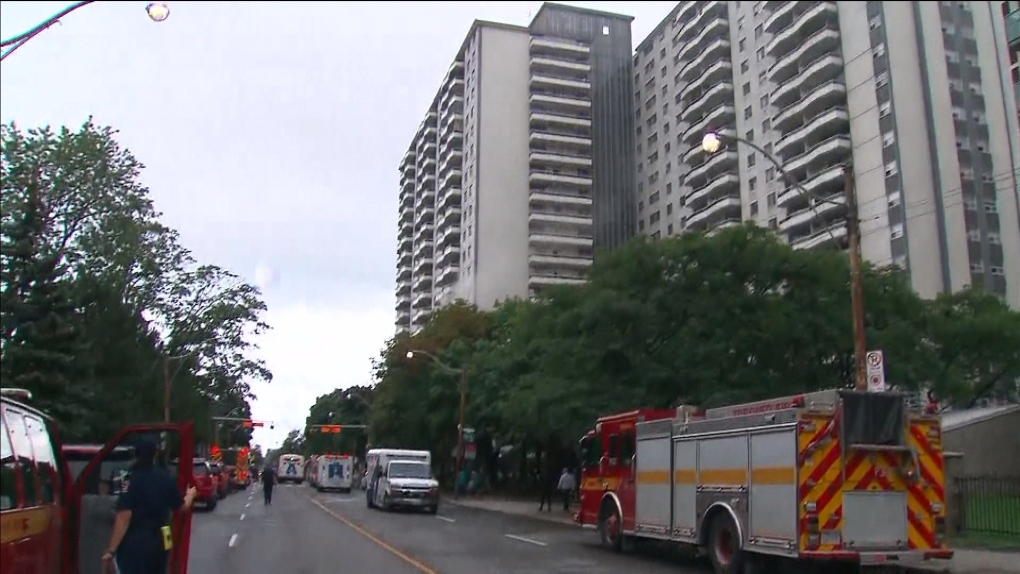 Nine months after a fire at a St. James Town highrise displaced more than 1,500 residents, tenants are being told once again that their date to move back home has been pushed back.

In a notice addressed to residents of 650 Parliament Street, building management said the “unprecedented damage” and “massive repair efforts” are not allowing them to provide an exact timeline for tenants to return to their units.

Initially building management said residents would be able to return home in early 2019, but that date was pushed back in March to at least late August. However, the notice issued on Wednesday said re-occupancy will likely not occur until fall 2019, at the earliest.

Back on Aug. 21, 2018, a massive six-alarm fire caused significant damage to the apartment building’s electrical system.

While “good progress” has been made, building management said more needs to be done within the tenants’ suites.

“We simply cannot complete the building repairs efficiently with tenant content in place, and getting the work done and getting you back in as quickly as possible is our priority,” the notice said. “So, we are now considering the best way to remove and return your contents, and will turn to the courts (and work with tenant lawyers) for guidance.”

A hearing regarding the matter is scheduled to take place before a judge a month from now. Prior to the hearing, building management said tenants will receive legal documents by mail they can review.

“To make sure this is done right, we are asking the court to establish a fair procedure to remove and return the contents to residents and approve a potential offer of compensation for items damaged in the fire,” building management said. “Following the court’s ruling, tenants will be provided details of the process, and of course, are encouraged to seek ongoing independent legal advice.”

“We’re sure this process will raise many questions with residents, but the answers will only be available after the June hearing and the court’s ruling.”

Back in March, a spokesperson for the building, Danny Roth, said that about $20 million had been spent on restoring the building so far with another $26 million in work, bringing the total repair bill to $46 million.

The property management company for the apartment building has assisted displaced residents in finding temporary accommodations.

“While our primary goal is to return tenants to 650 Parliament as soon as possible, we have been working hard to ensure that all 650 Parliament residents receive comparable local apartment accommodation in the interim,” the notice sent out on Wednesday said.