Motorcyclist dies in hospital after 3-vehicle crash on QEW

A motorcyclist has died after a serious collision on the QEW westbound at Appleby Line.

Ontario Provincial Police said the three-vehicle crash happened just after 6 p.m. and involved a transport truck, a motorcycle, and a passenger vehicle.

Paramedics rushed the man, driving the motorcycle, to hospital after concerns that he did not have any vital signs. He was pronounced dead at the hospital, police said. 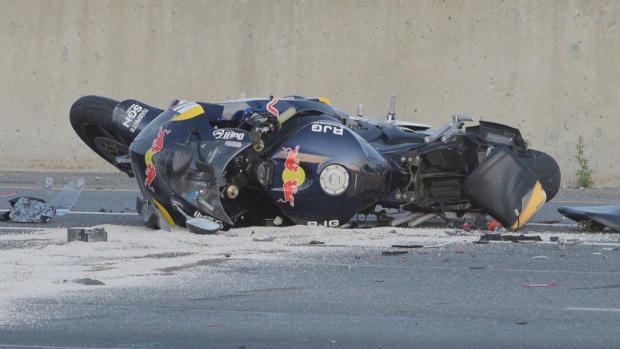 There were no other injuries, police said.

Police say they are continuing to investigate, and are asking witnesses for information or footage related to the crash.