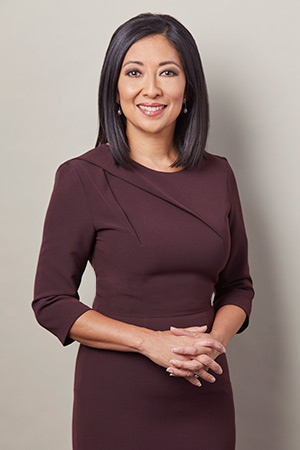 Zuraidah Alman is the Anchor of Toronto’s most-watched late-night local newscast, CTV News at 11:30. She is an award-winning journalist who has been telling Toronto’s stories for nearly two decades.

Alman has shared with viewers her front row seat to Toronto’s history, from the Northeast blackout of 2003, to the 2005 Boxing Day shootings, the ice storm of 2013, the death of former Mayor Rob Ford in 2016, to the Toronto Raptors’ historic 2019 NBA championship run, both in Toronto and Oakland.

Prior to joining the CTV News Toronto team, Alman anchored the morning and noon news on Global TV and reported for the supper hour broadcast. She was also a reporter for CityTV and anchor for CP24.

Alman is a graduate of the Ryerson School of Journalism and holds a Political Science degree from York University.

She lives in Toronto with her husband John and daughter Mackenzie. She speaks English and conversational Tagalog.