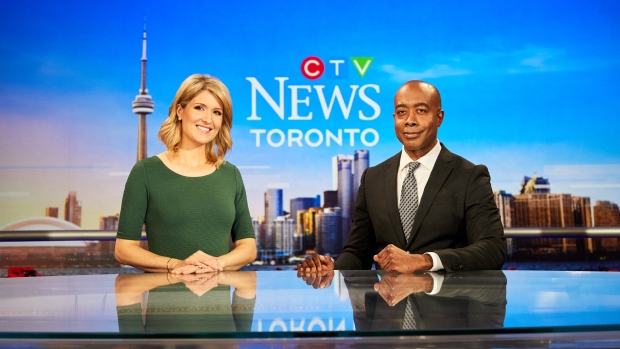 On December 31st, 1960, CFTO, now known as CTV Toronto, made its debut on-air; providing Toronto viewers with a new source for television programming.

The original ownership group was headed by the dynamic John W. H. Bassett, whose vision and leadership drove the station for its first two decades.

One of the biggest challenges CFTO faced in the beginning was getting viewers to watch the station. In those early days, people used outdoor antennas to receive television signals, and most people in Toronto had their antennas pointed south towards Buffalo, where most of the popular American programming was broadcast from.

CFTO was located in Scarborough, which is north-east of the city of Toronto, and in the exact opposite direction to where most people had their antennas pointed. To solve this problem, Mr. Bassett entered into an innovative promotion with a local retailer to provide antennas with electrical motors that allowed viewers to turn their outdoor receivers north-east to Scarborough. Thousands of these moveable antennas were sold, and people soon began turning their towers to catch the signal of Toronto's newest television station, CFTO.

John Bassett's original philosophy was that CFTO be positioned to our viewers as a family station and the programming over the years has always reflected this. Besides bringing people the best in popular American programming, CFTO has been home to dozens of popular local programs over the years. Programs such as The Pierre Berton Show, Q.E.D., To Tell the Truth, Pig and Whistle, The Uncle Bobby Show, Littlest Hobo, Circus, Bizarre, The Trouble with Tracey, Definition and Stars on Ice were all produced through our Agincourt Studios.

That family philosophy instilled by Mr. Bassett extends to our staff, many of whom today are second and third generation CFTO employees. Giving back to community has always been a big part of what we do at CTV Toronto. In fact, the very first program that ran on CFTO was a fundraising telethon for handicapped children. According to Mr. Douglas Bassett, who succeeded his father John in running the company in the late 1970's, "If you take something out of the community, it's your responsibility to put something back".

Today, CTV Toronto continues to follow this long standing tradition, and supports dozens of local charities and community events. In the past year, we have supported The United Way, The MS Society of Canada, The Canadian Cancer Society, The World WildLife Fund, The Children's Wish Foundation, The Daily Bread Food Bank, The Bell Walk for Kids, The Caribana Festival and Parade, as well as our annual holiday event, The Toy Mountain Drive in association with the Salvation Army.

Today, CTV Toronto is a part of BellMedia. We are proud to offer Canadians more top 10 programs than any other network in Canada. Our local news at Noon, Six and 11:30 are the market leaders.

When it comes to news gathering, nobody can touch us. From our helicopter, to our live capabilities, we have more resources than any other station in the city. We bring you the latest news, live from multiple locations across the GTA every night.

That's why Toronto trusts and turns to CTV News.