TORONTO – Police have identified the “kingpin” in a multi-provincial human trafficking and organized crime investigation, which led to more than 300 charges being laid and 31 people taken into custody.

The investigation, dubbed Project Convalesce, began in October of last year when two female victims got into contact with police while trying to escape an alleged pimp. 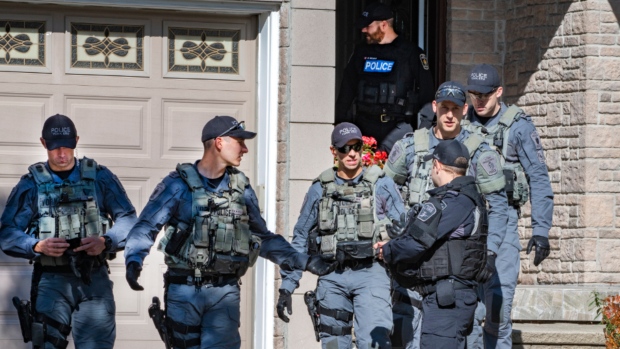 “At the time when officers arrived, they weren’t fully cooperative and they weren’t fully telling us what was going on – we had bits and pieces of what was happening. Our human trafficking investigators became engaged subsequently following that interaction and in the following days to come we had cooperation from one of the females.”

Truong said investigators then learned that the two women, who were from Quebec but had been relocated to Ontario, were attempting to flee the “primary target” of the investigation.

Jonathan Nyangwila, identified as the “kingpin” in Project Convalesce by police, had been “associated and involved with numerous women involved in the sex trade.”

“He was quickly identified as a pimp,” Truong said while pointing to Nyangwila’s image displayed on a board beside the podium at the news conference.

“We identified him as a human trafficker and the investigation commenced at that point where we started uncovering and unravelling a large criminal network.” 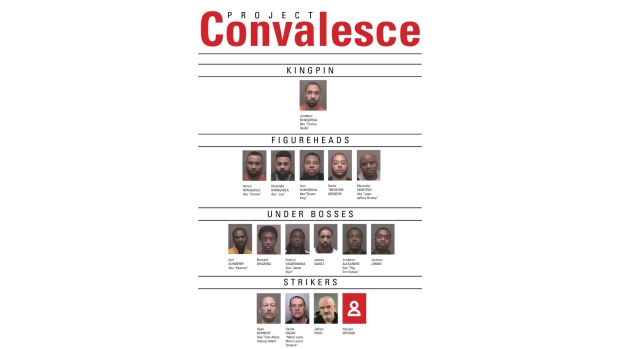 The two women who contacted police were working for Nyangwila, but were trying to leave and make their own money, Truong said.

“He was engaged with them, they were working for him, they tried to leave and tried to make their own money, at which point he tracked them down and tried to make sure that didn’t happen – that is a common thing that we are seeing with human trafficking, we are seeing a lot of girls that will try to leave their pimp and try to evade the violence and they get found, they get beaten, they get assaulted as a result of getting found.”

‘Everyone else took direction from him’

Nyangwila was arrested by police in the Greater Toronto Area in July of this year.

But, Truong said that while he was in jail, he continued to “control and direct individuals” – something that happens “quite regularly” in human trafficking cases.

Under Nyangwila, police said other suspected human traffickers had their own group of girls. 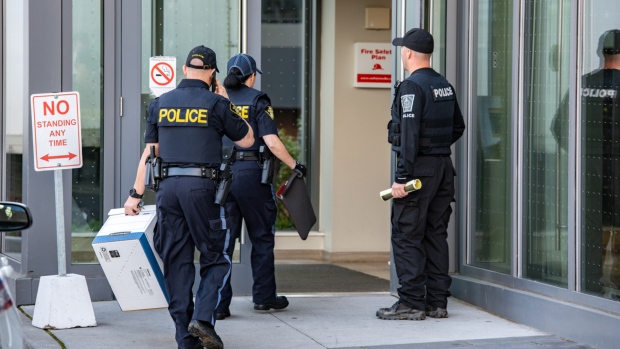 “A lot of times we are dealing with human trafficking from a loosely-knit group or an individual group or person where you have one pimp, you have at least one or multiple victims under that pimp for the purposes of profit – that is more common with what we are seeing across Canada,” Truong said.

What also made this case unique, Truong added, was that it was “the first time we are seeing girls being traded within and girls being controlled by other individuals for the benefit of the organization.”

Throughout the investigation, police said they were able to identify 12 victims and determine that a total of 45 women were involved in the sex trade and were associated with the group of suspects.

“These victims endured violent assaults, sexual assaults and other degrading circumstances as they were controlled by these violent criminals,” York Regional Police deputy chair Brian Bigras said at the news conference.

According to Truong, officers “living and breathing this project” discovered “horrific things” happening to the victims, who are in their 20s to mid-30s.

“They were being forced to work while on their menstrual cycle, there is no sympathy for that. From morning to night, they were being directed to work even when they are not wanting to work.”

The women were making $1,000 per day on average, according to Truong, who noted that some were making “a lot more than that.”

When asked to explain the recruitment process of these women at the news conference, Truong said majority were recruited in Quebec, trafficked there, and then moved out west.

“We are not seeing them recruited in Quebec and going out east, they are coming out west to Ontario and subsequently to the other provinces across Canada,” he said.

Investigators said they discovered throughout the investigation that those charged were also involved in “frauds, drug trafficking and weapons offences.”

The money obtained through fraudulent activities was then used to orchestrate human trafficking through the purchase of hotels, travel and food, Truong said. 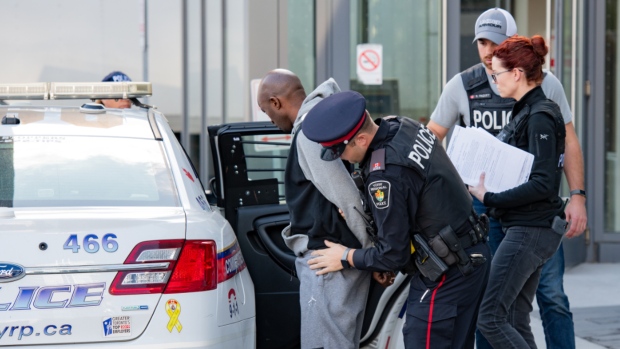 “Anything to fuel and drive their human trafficking business.”

A group of suspects referred to as “strikers” by police, were those willing to “put themselves at risk” for financial gain, Truong said.

“They are obtaining identities of real individual people, creating the identities, using those identities, placing photographs of individuals that they were then going to then use to handle the identification, they will go into banks, financial institutions, open up credit cards, loans, credit lines and they will then purchase various items.”

Throughout the “intense investigation,” police said officers executed 34 search warrants between Quebec and Ontario, which led to the arrest of 31 people, the seizure of eight vehicles and more than 300 charges being laid.

On October 10, hundreds of @YRP officers and members of partnering law enforcement agencies executed more than 30 warrants across the #GTA and #Quebec as part of #ProjectConvalesce. pic.twitter.com/40V5eSFP8F

The cross-border investigation included York Regional Police working with other policing partners, including the Ontario Provincial Police, the Toronto Police Service, the Peel Regional Police and the Quebec Integrated Human Trafficking Task Force, as well as the Criminal Intelligence Service of Ontario.

Project Convalesce demonstrated law enforcement’s commitment to preventing and enforcing human trafficking related crimes throughout the country, Bigras said while urging anyone looking for “a way out of that lifestyle” to contact police for assistance.

None of the charges laid in Project Convalesce have been proven in court.